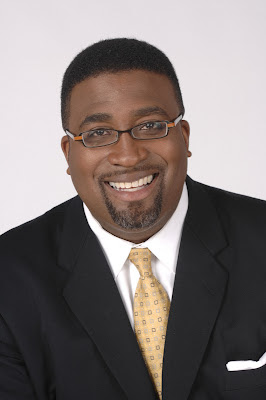 Politics is a tricky game. Winning often comes down to endorsements and political affiliation versus the credentials a person brings to the office. Candidates hide behind their positions on issues, while being very quick to deviate from those positions once elected.

All of this is hard to unearth for those to lazy to do the research before casting their vote. It’s so much easier to depend on a source they trust-the local newspaper, a political action committee or a close friend.

Candidates are allowed to slip and slide their way through the campaign maze with little or no accountability to the platform they pressed to get elected. It’s who you know that matters. It doesn’t hurt if you have a bit of charisma to go with the fertilizer shoveled at the feet of voters.

If its sounds like I’m disillusioned, I’m not. More than anything I’m optimistic that voters will open their eyes to the manipulation and start doing their homework. There’s nothing like a good local newspaper, community forms and a real face to face discussion with candidates. I would rather come to a conclusion of my own than to trust the back room endorsement of some political action committee.

I’ve come to wonder about political affiliation. In the good ole south has little bearing on the way a person functions in office. The Dixiecracts function more like Republicans with that Democratic tag that makes it easy to win in cities like Durham, NC. People can be tricked into picking a person for office thinking they align with a Democratic agenda, only to have their feelings hurt after the joker gets in office.

Of course the other option doesn’t work. Many young voters are prone to go the route of selecting the best person without regard to political affiliation. The problem with that position is in how the views of a person get changed once they’re surrounded by their partners in office.

The local political machinery offers a whole different set of issues. In Durham, NC one doesn’t have to declare political affiliation. The assumption is that party lines don’t matter in local offices. What matters it seems is finding people willing to take the job. The pay is low, the work is hard, and the turnover rate is a killer.

With all of that being said, there are times when a candidate emerges with the stuff that makes all of what I just said unnecessary. Such a candidate has surfaced among the long list of candidates who have run for office more times than the Cubs have failed to make it to the World Series.

Farad Ali has broken ranks with the status quo. He refuses to declare party affiliation. Why should he. It’s a nonpartisan election. By saying no to the temptation to get in bed with a political party, he has maintained the integrity of the election process. Why depend on that party label when the election is set up not to take it into account.

Ali is an enigma to those accustomed to calling the political shots in Durham. The Durham Committee on the Affairs on Black People had the good sense to endorse him. Why not He’s black, smart, an amazing businessman and has a history of working with the outcast. Who better to serve us than a guy who has traveled the country to help women and African Americans develop businesses?

The other PAC’s didn’t know what to do with Ali. The People’s Alliance stayed the course by endorsing the incumbents and David Harris, who has served the community well as President of the InterNeighborhood Council and Partners Against Crime. It’s interesting that Harris, who is black, wasn’t endorsed by the Committee on the Affairs of Black People. Some say it’s because he has gone to battle with Lavonia Allison, the organizations chair.

By all accounts, Harris gets the nod over Ali because people know him more. That’s scary. Although the development of relationships goes a long way in the world of politics, you would think that a person with a background like Ali’s would be the superstar of this election class.

Not so in the world of getting elected. Some may say he’s not black enough. Others may say he’s a Muslim-which isn’t true. Personally, it would mean more to me for him to be on council if he were Muslim. Others may think he can’t be trusted because he’s calling for something that seems strange-to raise the bar when it comes to the business culture in city government.

A business man with a heart for people; that’s hard to find in a candidate for local politics. This guy has what it takes to run for the U.S. House or Senate and the bone heads who control the way we think about candidates are too stuck in the quicksand to know what they have before them.

That’s what happens when you can’t be placed in one of the pigeon holes. I’m glad that I have sense enough to pull myself out of the sand and vote based on what’s staring at me rather than a piece of paper printed by folks who have failed to take the time to see.