Too Old? Oh, Hell, No!! How Actress-Comedienne Mariann Aalda Is Changing the Narrative on Mature Women 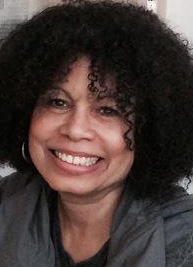 Mariann Aalda’s career journey – from pioneering for African-American actresses in the 1980’s to now advocating for mature actresses – was recently profiled by AARP Studios as part of their #DisruptAging campaign
After a long, successful career which included being one of the first full-blown, African-American soap opera heroines, as “DiDi Bannister” on ABC’s EDGE OF NIGHT, to playing rapper Kid’s Mom in the urban cult comedy, CLASS ACT; co-starring with the legendary Redd Foxx and Della Reese as their daughter in the CBS sitcom, THE ROYAL FAMILY, and starring opposite O.J. Simpson as his wife for three seasons on the HBO football dramedy, FIRST & 10, Aalda hit her head on the glass ceiling of ageism that befalls many actresses in Hollywood.
Unbowed, she redirected her natural actor’s curiosity about the human condition into becoming a hypnotherapist. She ended up becoming her own best client.
“Most of my clients were women my age suffering from depression and I quickly realized
that they had already been hypnotized. They were under a spell cast by society and the media that women lose value and sexual viability as they got older.  My job was to DE-hypnotize them!”
The positive suggestions Aalda gave her clients took root in her own subconscious mind, catapulting her back to acting with a new mission of changing the paradigm on women and aging.
Over the next decade she wrote and produced shows that celebrated the vibrancy and vitality of mature women.  M.O.I.S.T.! (an acronym for Multiple Orgasm Initiative for Sex-istential Transformation) was the hit of the National Black Theatre Festival in 2009 & 2011, and FUNNY COLORED WOMEN GETTIN’ THE LAST LAUGH, the all-female standup comedy show she produced and performed with Rhonda Hansome, Roxanne Reese, Holly Lynnea and Senior Citizen Comic Hermine Wise was the hit of the 2017 NBTF.
Aalda also produced and stars in the 25-episode improv comedy web-series TALK TO ME, GINGER! [http://www.talktomeginger.com)/]www.TalkToMeGinger.com as Adult Sex-Ed Evangelist & Mojo Motivator Ginger Peechee-Keane…the character around whom she has also based her one-woman  show, OCCUPY YOUR VAGINA! – which she has performed in New York, New Orleans, Chicago, and which she is bringing to Los Angeles on January 23, as part of Whitefire Theatre’s 2018 Solofest. The show is a “Coming of Age-ing” exploration that humorously and optimistically covers a woman’s journey through puberty, marriage, parenting, divorce, an empty nest, health challenges, late-in-life dating, mortality and, finally, self-acceptance and empowerment. In light of current events surrounding sexual harassment, it is especially timely.
“We’re sexual beings,” says Aalda. "Men and women should be able to relate to one another without neutering ourselves.  We should be able to flirt and be playful in our daily banter without good men being fearful of crossing a line of impropriety and good women being afraid to push back at jerks.”
Aalda, who’s been based in her hometown of Chicago and focusing on standup for the last three years was in discussions with Troy Pryor’s Creative Cypher production organization to bring her FUNNY COLORED WOMEN show [http://www.funnycoloredwomen.com)/]www.FunnyColoredWomen.com there when she got a call from a friend in Los Angeles asking if she could house and cat-sit for her for six months while she was on location in Toronto.
“Chicago winters are cold and older women are ‘hot,’ right now,” says Aalda, “so God put me exactly where I’m supposed to be. He also got me here in time to get to say good-by to Della before she passed, for which I am eternally grateful. Della was around the age I am now when she played my mom on THE ROYAL FAMILY and she’s a wonderful role model of a woman who continued to pursue her multi-faceted career throughout her later years – on television (TOUCHED BY AN ANGEL), in concert and in her ministry.
“You know, with all the attention being paid on television these days to the different colors of diversity, there’s still not enough focus being put on gray,” continues Aalda, “especially when it comes to African-American women.  Is it because so many of us color our gray? Is it because “black don’t crack” so stories in between middle-age and geriatric get overlooked?”
Whatever the reason, Aalda’s not having it.
“Other than a couple guest spots, (THE BLACKIST), I’ve been mostly performing in clubs and theaters for the last few years,” says Aalda. "It’s time for me to come in off the road and get back to series-regular television! There are stories that need to be told and I’m a storyteller.  Plus, I really do believe that God brought me back to LA for a reason.  And just like in the Bible story of Jacob, I ain’t leavin’ till I get my blessing!”
Mariann’s Website with Standup videos: www.Alt-FunnyBlackChick.com
For more info & to get tix for her Solo Show: www.OccupyYourVagina.com
Posted by REV-elution at 10:07 AM No comments: Links to this post