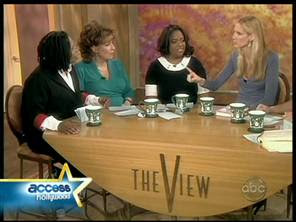 More than Our Praise 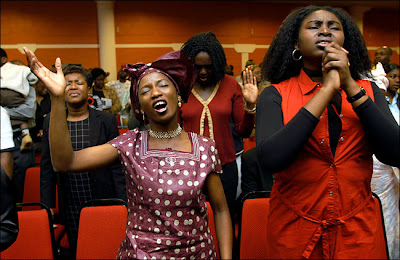 I just completed a lengthy conversation regarding the state of the Black church in Durham, North Carolina. Every year, the folks who attend Black churches in Durham gather for a citywide revival. My friend asked if I would attend. Why not? I am the pastor of one of those churches. I told him I can’t stomach the emotions that come after I walk away from witnessing the faithful play games with God.
Don’t take this the wrong way. I love the worship of my people. The love the rhythm of the music and the stirring of the crowd that comes after each “Amen”. I love the call for justice to roll down like the river and the release of pain that comes with each “Thank you Jesus!”
I haven’t given up on black faith. I’m simply disappointed in how we have strayed from the principals that led us to this historical moment. I’m discouraged by how we’ve watched our communities deteriorate as larger temples are built in the midst of boarded up houses and drug infested neighborhoods. I shared with him the frustration I carry due to listening and watching as people seek ways to overcome the cycle of pain that has stripped them of all hope. I shared how I feel when I sit and watch, listen and wait for proof that our claims match our actions.
“But you have been on the top,” he reminded me of my former days as pastor of the Orange Grove Baptist Church-one of Durham’s leading black congregations. You know what it’s like to be one of the leading pastors in the city. You know it’s not all the fault of the leaders”
“I do,” I responded. “That’s why it hurts so much. It hurts because I have learned the lesson due to my own mistakes. I’ve learned that we have established institutions that pimp the people, and, in the process, create huge gaps between those who have and those who seek to find their way.”
I did my best to help him understand my position. For the past month I have grieved due to what I perceive to be dying faith among so many. I’ve listened as countless people share with me their issues with organized religion. I hear them talk about why they refuse to participate in the church of my mother and father. Something is missing. In the past, I perceived this as an excuse coming from those unwilling to change their ways. I would pray for God to touch them, teach them and lead them. My thoughts have shifted.
Some of what I feel may be correlated to my own struggles with that old time religion. I will confess I have deep wounds resulting from the insensitivity and callous ways of those who cast me out. I’ve prayed for God to release the anger I carried. In time I have discovered that my issues go much deeper than what has happened to me. What miffs me is about how our clinging to our past prevents us from seeing what God has for our future. There is something missing-something significant and critical-that demands our attention. People are hurting. People need comfort and peace. People need direction.
What does all of this mean about me? Sadly, it is getting harder for me to align myself with those who call themselves Christian. Why? Because I hurt for those who have been harmed by the language of misguided faith. I feel for my gay and lesbian friends who can’t find a home to worship while being open about their relationship. I ache for those who listen to the venom coming from pulpits while they only seek to find their own way to God.
I’ve cried all week over the death of men, women and children in Gaza. I trimmer whenever I hear a minister talk about God’s will related to war. I’m angry at the waving of flags in God’s name, and the promotion of an agenda as a holy war. I’m fed up with narrow minded Christians that launch words of hate rather than walking in love.
I’m tired of the lies and rebuke. I’m past being tired at the competition among the faithful to build a mega movement and the theologically unsound sermons that keep people in bondage. We need something different. Something empowering and transformative. Something more than words on a Sunday morning and a few programs that make us feel better each week.
We need to reach this generation that has given up on living spiritually. Can’t you see them as they walk away? Can’t you see them looking for other ways to deal with spiritual matters?
I tried to get my friend to see it. Maybe it’s too soon for his eyes to be opened. Or, maybe it’s just me.
Posted by REV-elution at 11:03 AM 8 comments: