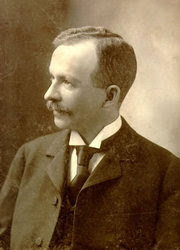 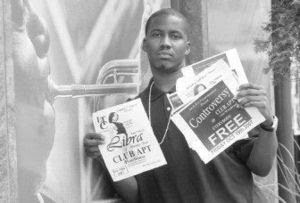 This race thing goes much deeper than some may think. The unrelenting pursuit of the American Dream has created a tension between the races that forces a new discussion related to the impact of class when juxtaposed against the historical battles related to race. Over the past few days, I have watched Bill Cosby and Alvin Poussaint pitch their new book “Come on People: On the Path from Victims to Victors”.

I’ve seen them on the Oprah Winfrey Show. That same night, they were interviewed by Larry King. This morning they pooped up on Good Morning America. I laughed as I noticed Cosby wore the same suit and refused to take off those dark shades. When Oprah asked him why he was wearing the shades, he said his eyes were red. Back in the day we wore shades to be cool or to hide eyes bloodshot from smoking those funny cigarettes.

Cosby and Poussaint are on a crusade to bring to the world’s attention the plight of black America. They denounced all those men who refuse to take care of their children. They blasted black people for out of control black on black crime and the mounting of poverty and despair. While acknowledging the bearing of systemic racism, they are imploring black people to take responsibility for their lives and to rise above the posture of victimization.

This dare brings to the forefront the significance class plays in the way we interpret matters related to race. After years of struggling to undo the burden of slavery, reconstruction, Jim Crow and Ronald Reagan, black America continues to wrestle with the biggest enemy of them all-the perceptions they have about themselves.

A case in point is the insane decision made by Yasmine Toney, a promoter in Detroit. Toney opened a deep wound by promoting a party that allowed all-night free admission to black women with fair or light skin. The party was canceled after numerous complaints, but the damage has been done. Within the black community there is a cast system based on the tone of a person’s skin, the grade of their hair and the color of their eyes. In other words, the closer one cones to looking white, the easier it is for them to gain acceptance.

You would think we have grown past the power of the Willie Lynch strategy. For those who do not know, Lynch wrote a document during the early years of slavery that instructed slave owners on how to keep their property in their rightful place. It was as simple as creating tensions among them by bring to the forefront their differences. Get it, light skinned coloreds over here. Go to the big house. Dark skinned coloreds over there. Go to the fields and pick that cotton.

Color distinction became a major issue at the end of Reconstruction and the turn of the century. Many blacks discovered the power of color and engaged in a common practice-passing. They were able to enter into the world of white America by simply using the evil caused by slavery to their advantage. The raping of women created a mixing of the races and many carried features that allowed them to function as white and to receive the benefits afforded by that privilege.

Passing resulted in damage within the race. Years later, we continue to endure the consequence of this historical practice. The end result is a deep-seeded self hatred that leads many crippled by the inferiority complex caused by the color of their skin.

History helps in undoing so much of what stymies us. I get frustrated with hearing all of that rhetoric with few solutions. Uncle Bill and Poussaint are raising important questions. The problem is in the way they throw stones with little help in undoing the damage created by more than 300 years of psychological damage.

In comes Dante James. James, an Emmy Award winning director and producer for the “Slavery and the Making of America”, has brought the work of Charles Chestnut to film. The work of Chestnutt is critical because of his keen sense in how passing hindered the progress of black people. Chesnutt was of mixed race but could pass with relative ease for a white man. During that time in America he was considered "legally" black. Issues of miscegenation, "passing", and racial identity would influence his writing throughout his career.

Dante has taken Chestnutt’s short story “The Doll” and adapted it in way that stirs a critical conversation involving revenge, integrity, and love for family and overcoming a history of oppression. It’s the story of a man faced with an opportunity to impose vengeance for the death of his father. There is a price for taking matters into ones own hands-those who remain after to repay the debt must suffer. The doll of a daughter is a reminder of those depending on you to do the right thing.

The people carry loads of insecurities tied to the color of their skin. People like Cosby stand on their soap boxes beating at the already weary spirits of those locked in despair. While Cosby preaches his gospel of responsibility, black men and women hold to age old stereotypes about themselves.

Chestnutt can help lead the way. Thanks to Dante James, we have found a place to start. Let’s pray that Dante remakes “A Marrow of Tradition.”