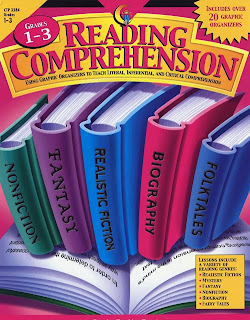 I normally don't respond to post on my blog. Over the years (my first column appeared in the Herald-Sun on July 20, 1997) I have received death threats from members of the KKK, had a slumlord yell at me over the phone, received mail from a dude warning me I would be killed while walking down the streets, been called an Uncle Tom by black people and accused of raising the race card by white people. Simply put, I have been hated by just about every segment of the population.

A couple of things ring true in evaluating those who have responded to my work. I’ve discovered that most of my critics lack sound reading comprehension. This happens on a number of fronts. There are those who don’t read what I write, but rather listen to what others think about what I write. As a journalist, I have learned to read the original document before drawing your own conclusions. Most of my detractors draw suppositions based on what someone else said about what I said. This is why I listen, as hard as it has been, to Rush Limbaugh. I dislike what he says not because of what others say about what he says, but because of what I have heard him say.

Sounds simple, but trust me when I say it gets hard reading what people say about what you say when you hold in your hand the original document. I would like to believe that most of what has been posted on my blog is the outcome of people responding based on what they have heard, rather than from what they have read. Otherwise, we are contending with a generation that lacks basic reading comprehension skills.

I’m not alone in this assessment. “I'm very concerned about the lack of basic communication skills exhibited by those students who fired off angry, reactionary messages fueled, in some cases, by the default ‘the media's out to get us’ attitude that plagues that school in particular and the DPS central office, IMO,” a local reporter responded in an email. “It was clear that some of them commented after hearing about, but not checking out for themselves w/some degree of objectivity, what you wrote!”

The reporter continued. “Some of our kids really need to have someone with patience to teach them critical thinking skills, or they'll be doomed to marginal opportunities and glass ceilings after graduation that wouldn't be there if they saw themselves as well prepared, truly educated, possibly bilingual and very curious citizens of the world...with minimal (if any) hobbled self-image generated chips on their shoulders.”

My colleagues concern for the state of critical thinking and reading comprehension led me to write this post. Most disturbing is how prevalent it is among a vast percentage of those who read my recent post. Critical thinking involves a level of responsibility that many of my readers lack. Before speaking, do the homework. Study the subject being criticized. Develop an opinion based on significant research around the subject matter. Simply do the homework.

The youth at Hillside are too young to remember that, back in the day, there was a fight to merge the City and County school systems. They don’t know the heated battles to complete what Mayor Bill Bell started when he was Chair of the County Commission. They weren’t there to listen to the fear laced comments coming from white residents. They didn’t have to read what the paper wrote back in the day. They are reaping the benefits of having a local press that has been stripped due to the economy. In other words, if not for the reduction in staffing at both the Herald-Sun and the News & Observer things would be much worse.

This generation makes assumptions related to their school that those who came before them never had the privilege of embracing. They have the guile to believe citizens have no right to know about what happens in their schools. They pick fun at those in the press and attack them for reporting on what the public has a right to know. When guns are found in the schools, when academic performance is low, when drop-out rates are high and there are other issues in the school, people have a right to know. Why, because there is a history that predates this discussion, and it is incumbent upon those within this merged school system to prove the experiment is working.

As I’ve stated, I can’t blame the students for not knowing better. I can’t blame them for not being there, for not reading my work from the past, for not knowing the work that has been done or for making far too many misguided statements about the reporting on matters involving their school. As disturbing as all of that may be, what gets under my skin is their lack of comprehension or, and I hope this is it, not reading before they write.

A suggestion on reading within context-read all of the relevant material before formulating an opinion on the subject. Read it for yourself. Don’t take the comments of others. Let me give you a bit of history on this subject. There were two previous blogs. The first raised eyebrows after I exposed Pappy would not be returning to Hillside. In that post I discussed reasons behind his leaving. For those who missed it, the reference to the man in the nice suit was not a criticism of Pappy, but rather a statement related to the cycle implored by DPS administrators-place the job in the hands of the guy in the suit or the lady in the dress. My suggestion to the administration was to give Pappy more time. The post was not an attack against Pappy, but more of a call to action.

The second post was an apology to the students at Hillside. It was written after Mr. Pappy exposed how hurt the students were after the first blog post. It was my personal gut check. It seems that responses to this recent post failed to read the second blog, or, just maybe, they care less that an apology was made in the first place. If that is true, and I hope it isn’t, students need a lesson involving character and forgiveness.

With all of that being said, the students who have posted on this blog make some great points. Posting in this public form is one of the ways to alter any misperception. It is up to the students at Hillside, and other low performing schools across the state, to remind us all that test scores are not the only way to measure academic excellence. The students often refer to the drama department at Hillside. Hillside New Tech and the International Baccalaureate program are gems within the Durham Public School system. Great things are happening at Hillside, but beyond these obvious reminders of success, great things are happening that can’t be measured by test scores and graduation rates.

The best way to alter all of those perceptions is in how students present themselves in public space. When arguments are formed based on sound, credible evidence-people listen. Those arguments should be made not as an attack against the character of those engaged in reporting and giving commentary on the news. The best way to shift the tide of public opinion is not to engage in a war, but to raise the bar. Speak with credibility. Do your homework. Don’t make assumptions. Speak with passion, but when you do, be sure you have read the evidence before you speak.

And please keep posting. Let us know how you feel. Don’t be afraid to say what’s on your mind. This blog belongs to you. Challenge me when I’m wrong, but when you do that, do it with respect. Not because my feelings will be hurt, but because all eyes are on you and your school. This blog has given the world a chance to see you in a different light, and that light is shinning. Your school is better because of your words.

Go mix those words with truth. Read.
Posted by REV-elution at 10:55 AM