In search of the North Star: Looking for a place to call home 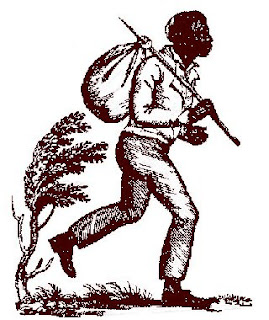 
Running away from death and an unequal standard of living isn’t new for black people living in America. For as far back as we can trace history away from Africa, black people have grappled to find a safe place to plant seeds for the future. We know the stories of trips along the “Underground Railroad” and the numerous “Slave Rebellions” led by men and women who were sick and tired of lashes on their backs.


Black people ran North before and after two world wars because of the common sight of lynching’s and burning crosses. It happened due to black people fighting for their fair share of that American Dream. Running away from death and subjugation is part of the American saga that adds to the divide between Martin Luther King, Jr’s dream and Malcolm X’s nightmare.


Black people have endured being caught in the middle of being nice and getting killed. For as long as most can remember, learning how to address white people with guns and a badge is added to the curriculum of elementary school education. The lessons of the post-slavery era prepared black people for survival among people fuming because Mr. Lincoln said let those people go.


Contending with the “what if” seemingly never vanishes. “What if” the police stop you in the middle of the night? “What if” you find yourself vulnerable because the person with the gun lacks the patience to hear the rest of your story.


I hear grandma singing “I feel like running my last mile home”.


The worst part of not running are the emotions that come with staying. Those who don’t get “it” assume all is well among those stuck in pondering the “what if”. People not forced to contemplate those questions envision a world filled with the type of “milk and honey” promised long ago to those lingering in the wilderness. Listening to them tell your story leads to the conclusion the Promised Land was entered between 1970 and last week.


That’s hard to accept when running remains a viable option for those tired of listening to commentary regarding how it’s all a figment of the imagination.


I feel like running when being black is justification for murder and the courts don’t care.


It’s mentally draining listening to others define your reality.


Stupid shows up in a variety of ways and places. Shucks, some claim I’m the ambassador of stupidity due to my analysis of faith in public space. I’ll own that. Maybe it takes stupid to know stupid. If that’s true, most of us are caught in the web of doing stupid things.


We’re trapped with nowhere to go.


How far North can you run before it gets too cold to run anymore?


Canada seems like a logical place to run if Trump wins the election due to the stupid Republicans and Democrats intent on running the show. Between the Republicans who want to make “America Great Again” and the progressives who refuse to vote for Hilary, we’re just a few steps away from stupid controlling the whole show.


None of this is new to black folks. It is mind-blowing that it follows the election of the first black President. Like the release of the Kracken in the “Clash of the Titans”, electing Obama was the can of whip ass America needed to expose the deep-rooted stupidity they hid during the day.


Between the stupidity of “Bernie or Bust” and the cruelty of “Build the wall, build the wall!” black and brown people are left glaring like the emperor lost his clothes and thinks it’s a fashion statement. Well, stupidity is not fashionable, it’s simply stupid.


Bags packed and ready to go.


Darn it! There’s nowhere to go.


I’m still searching for a nation I can call home.
Posted by REV-elution at 6:38 PM No comments: Links to this post 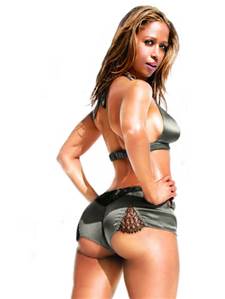 Stacy Dash wasn’t among the many who became instant Jesse Williams fans after his speech at the BET Awards.


"That chip on the shoulders of people like you will weigh you down and keep you from flying free," Dash wrote in a blog post. "But true freedom is never free. You have to know how to fly. If anyone is making you feel this way it's you. Living in a psychological prison of your own making. If anyone is GHETTO-IZING anyone, it’s people like you letting the BETs and other media outlets portray us in stereotypes."


It is another example of Dash making comments that match the television show that made her a celebrity. Some say she’s clueless.


"I've said it before and I'll say it again: BET is keeping racism and segregation alive and this past Sunday's awards show proves it," the 49 -year-old said of Williams’ speech. "Particularly the speech given by Grey's Anatomy star Jesse Williams, whose tirade after receiving the 2016 BET Humanitarian Award for his black activism was nothing short of an attack on white people."


Dash has a way of standing on the right side of the conservative right. It’s hard to believe Damon Dash’s cousin has resorted to promoting Donald Trump and attacking any black person who screams “Black Lives Matter”. OMG, what about the white people?


This coming from a woman who began her career as the superfine model in Carl Thomas’ and Kayne West’s music videos. Hate saying it, but we liked her better when she showed more and said less. Slap me for the sexist remark, but can someone remind Dash that she personified what objectification looks like?


"You’ve just seen the perfect example of a HOLLYWOOD plantation slave!" Dash continues. "Sorry, Mr. Williams. But the fact that you were standing on that stage at THOSE awards tells people you really don’t know what your [sic] talking about. Just spewing hate and anger."


Insert the image of white people offering a standing ovation. You go girl! Where do we send the check? There’s more. Dash claims Williams is the one getting paid.


"You my man are just like everyone else hustling to get money," Dash writes. "But your cognitive dissidents has you getting it from THAT BYSTANDER whom YOU DON'T NEED. Yes. BLACK ENTERTAINMENT TELEVISION is WHITE OWNED."


Dash was responding to one of the more powerful lines in Williams’ speech.


"The burden of the brutalized is not to comfort the bystander. That's not our job, all right? Stop with all that," Williams said. "If you have a critique for the resistance, for our resistance, then you better have an established record of critique of our oppression. If you have no interest -- if you have no interest in equal rights for black people, then do not make suggestions to those who do. Sit down."


That was the moment that shifted the stage into a pulpit and landed everyone in the crowd on their feet. It was that transcendent occurrence that black Americans have been waiting for since BET sold-out to imagines of women showing their goodies to lyrics about their being bitches and a ATM machine.


It was a come to Jesus moment that reminded black people that stuff is happening in places like Ferguson.  It happened after we saw stuff burning on the stage while rappers spitted lyrics that require a few double-takes to understand.


Bump that! Yo, it’s time to get past the cognitive dissonance regarding the deaths of black people. Williams was talking to those in the room. In doing so, he whipped their ass for failing to move beyond the conflicting messages reflected in some of their music. He challenged them to consider the madness caused by the disparity many of them represent.


Yo, what you gonna do with your success? What does it mean for you to show up, get your 40 acres and two mules while black folks are getting shot down like it’s target practice at the OK Chorale? Excuse the grammar lapse, because that ain’t OK.


Williams was making a statement about the music we make and the distance created by those who refuse to show up when the body count rises. He was reminding us of the radicalism that took place back in the day when people, with all shades of black, were denied what they deserved to be paid. He was reminding all of us that we have a right not to be killed.


There’s nothing to debate when it comes to what Williams said. Right?


Surprise, surprise. Leave it up to confused black people to find a reason to dispute a common sense moment. Let’s make a list.


Williams is not black enough. I mean, look at his mama. Oh, why does it take a light skinned, almost white negro to get folks to listen? You know, he has to be light-skinned to assert credibility. It’s the old argument regarding shades of credibility, or this black person means more than the other.


Bruh, this ain’t Sesame Street. When it comes to racism, all of these things belong with the other. Proving blackness based on the concentration of melanin a person carries fails to acknowledge a simple truth. Racist don’t apply the brown bag test. It only takes one drop of black blood to end up on the wrong side of privilege.


Maybe Dash failed to get the memo. You know, the one signed by all the people who said “Nigger” behind her back. That memo that list all the times doors were locked when she showed up in search of an opportunity.  Or, maybe her curves and good looks were enough, in the minds of some, to create space for her to walk in places denied the women who didn’t fit he G-string.


There must be a special place reserved for black people who condemn other blacks for doing the heavy lifting.


I call it clueless.
Posted by REV-elution at 6:52 PM No comments: Links to this post