"Post-truth" is the word of the year

Oxford Dictionaries has confirmed what many have suspected in declaring “post-truth” its international word of the year.


The word has shown up in books, articles and speeches that describe why people are less dependent on experts, the media, teachers and preachers trained at exposing and promoting truth.


“With only themselves and their appetites as a guide, they bypass any information that doesn’t suit their predisposition and worldview,” writes Jonathan Mahler in a column for New York Times Magazine (http://www.nytimes.com/2016/12/27/magazine/the-problem-with-self-investigation-in-a-post-truth-era.html). “The self-investigator’s media diet is like an endless breakfast buffet, only without the guilt: Take what you want, leave what you don’t.”


“They prefer to seek out evidence that aligns with their preexisting views, to work to dismiss or find counter-arguments for perspectives that contradict their beliefs, and to evaluate arguments that align with their views as stronger and more accurate than opposing arguments,”


The implications related to living in a “post-truth” era impacts numerous core values and assumptions aimed at fostering relationships. It changes the way teachers teach, preacher preach and politicians engage in politics.


For those unmoved by the other side, their facts don’t matter. What happened long ago is inconsequential. White people don’t consider black history. Men don’t contemplate the impact of historical and structural sexism. Among many, it no longer matters that America’s pride was grounded in being a safe-haven for immigrants.


“Post-truth” cultivates white nationalism, xenophobia, heterosexism, the renunciation of global warming and an assortment of assertions uncorroborated by experts who offer an unprejudiced evaluation.


The facts don’t matter. That’s what the experts say, but is there more involved in understanding the word of the year?


If truth no longer matters in cultivating consensus, it may help to find ways to help facilitate change beyond the imperative of truth.  If so, what inspires us to bond beyond the numerous versions of truth?


In Durham, it may help to define what it means to be a community transcendent of differences. What are the common interest that make Durham a happy home? What are the obstacles that require massive cooperation after years of fighting to determine the groups in control?


In a “post-truth” era, moving forward will demand a willingness to forfeit control of versions of truth.  It’s an important step in formulating strategies that promote common interest. It means surrendering ideological warfare to promote the advancement of a more vibrant community.


Who leads the way? Will it be leaders in public office or members of the faith community? Will the inspiration come from business owners, educators or private citizens?


The people who have reaped advantages based on an interpretation of truth must lead the way. I know, here we go again in addressing notions of privilege.


Gold challenges us to resist the temptation of laying the responsibility of saving American democracy at the feet of teachers.


“And yet, the dawn of this post-truth era is for me a clarion call to reevaluate and reassert the values of progressive, liberal arts teaching,” Gold writes.  “In the post-truth era, defending truth — and teaching students to seek it — will not be easy, but it’s a worthy fight. We may never be able to recover what we’ve lost.”


Gold seeks strategies that preserves truth. Missing in Gold’s argument is an examination regarding the assumptions Americans make involving truth.


“We hold these truths to be self-evident,” writes Thomas Jefferson in the Declaration of Independence. “That all men are created equal; that they are endowed by their Creator with certain unalienable rights; that among these are life, liberty, and the pursuit of happiness,”


It’s a truth questioned by minorities and women. Who are the men regarded as equal? Why no mention of women?


Teaching and preaching the truth doesn’t mean the same among those who question how truth is taught in school, church, the media and in places that advance the agendas of the wealthy. More than a movement that promotes anti-intellectualism, “post-truth” addresses the hostility among people who seek to modernize interpretations of truth.


In the “post-truth” era, the facts are shaped by context. The truth doesn’t mean the same because it can no longer be trusted.


In Durham, it would help to have community conversations involving the differences related to how the truth is understood.


Until then, the truth will fail to set us free.
Posted by REV-elution at 3:14 PM No comments: 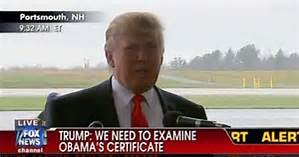 This feels like another one of those “shut up and get in your proper place” moments. It’s assumed that forgiveness comes promptly after something is said or done to question the integrity of black folks walking in space occupied by white people.


There are things too hard to forgive. Why show up to parties celebrating Donald Trump after he stirred doubt related to the citizenship of President Barrack Obama? After questioning the legitimacy of Obama’s presidency, and promoting a boycott of his inauguration, why should black people support the peaceful transfer of powers?
The good book says you reap what you sow.


“I don’t see this president-elect as a legitimate president,” Rep. John Lewis, D-Georgia, told Chuck Todd, host of NBC’s “Meet the Press.” “I think the Russians participated in helping this man get elected and they have destroyed the candidacy of Hillary Clinton.”


Lewis evoked the sentiment felt by many Americans. There’s an uneasy feeling linked to Donald Trump winning the presidency. Be it his loss of the popular vote or the intrusion of Vladimir Putin, being suspicious is a reasonable response.


Sadly, Trump countered with a personal attack following the news that Lewis plans to boycott the inauguration.


“All talk, talk talk - no action or results” Trump tweeted along with attacking Lewis for representing a district he claimed is “crime infested” and “falling apart.”


The outpouring of support for Lewis is squared by critics of his boycott.


Reince Priebus, Trump's incoming chief of staff, said Lewis' criticism of Trump was “irresponsible” and challenged President Obama to “step up” by telling Democrats to stop questioning "the legitimacy of the next United States president."


"We need folks like John Lewis and others who I think have been champions of voter rights to actually recognize the fact that Donald Trump was duly elected. He's going to put his hand on the Bible in five days," Priebus said.


Trump’s hypocrisy is glaring. He launched a birtherism campaign that radically shifted Obama’s message of hope into a movement to prove his citizenship. (read Trump’s tweets on birtherism at: http://www.slate.com/blogs/the_slatest/2016/09/16/donald_trump_s_birther_tweets_in_order.html)


“An 'extremely credible source' has called my office and told me that @BarackObama's birth certificate is a fraud,” Trump tweeted on August 6, 2012.


It was a vicious attack that gained traction with Fox News. It encouraged stereotypes that invalidated Obama based on the fake news that he’s a Muslim born in Kenya. It was the excuse some needed to hate Obama. Being black was enough to discredit Obama’s presidency among those who watch Fox News and listen to Rush Limbaugh and other promoters of fake news on talking radio. The lie that he’s a Muslim born in Africa was enough to justify all of that hidden racism.


It can be argued that Trump is the champion of fake news. His rise as a candidate for office can be linked to his effort to delegitimize the Obama presidency. He has offered no apology.  Rather than concede his role in encouraging hostility toward Obama, he blamed Hilary Clinton for the initial suggestion that Obama is not an American citizen.


Trump refuses to acknowledge the damage he created. In a September 2015 CNN/ORC poll, 43 percent of republicans believed Obama is a Muslim. Another 13 percent believed Obama was born outside the United States. (see: https://www.rt.com/usa/315347-americans-obama-muslim-poll/). The poll suggested that a substantial number of the doubters were Trump supporters.


America’s divide is not something the Obama administration created. It was orchestrated by a media blitz to discredit Obama’s citizenship.


Forgiveness has been part of the black community’s DNA. Not this time. Don’t expect a long line of black people endorsing the Trump administration. Don’t shame black people for refusing to embrace the peaceful transfer of powers.


Doing so is paternalistic and assumes a level of authority that Trump, and many of his supporters, denied President Obama.


Get ready for four long years. This time, moving forward will not be about conceding the will of the President. This time, it’s about doing onto others as others have done onto black people. The other cheek has been turned for over 400 years. This time, expect to be called out for your hypocrisy.


You reap what you sow, and Trump has sowed his share of fake news.
Posted by REV-elution at 5:03 PM No comments: