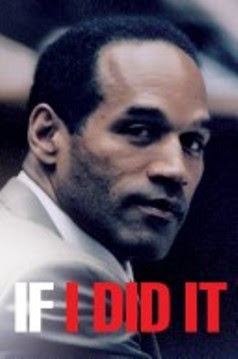 I can hear the echo of a collective cheer. “We told you he was a crook,” Americans from coast to coast are screaming in celebration of the arrest of the countries most notorious getaway artist-O.J. Simpson.

Who can forget the verdict that had African Americans rejoicing and others shaking their heads? This one was a draw in that the civil case found him liable for the deaths of his ex-wife Nicole Brown Simpson and her friend Ronald Goldman in the amount of $33.5 million.

‘The Juice” was arrested on Sunday and charged with six felony counts in connection with a reported hotel-room robbery. Two sport memorabilia dealers told police that Simpson and five other men burst into their room at the Palace Station Hotel and Casino. Several of the men were flaunting guns and seized various mementos, including several autographed by Simpson.

Simpson claims that he was conducting a “sting operation” to retrieve property that had been taken from him years earlier by a former sports agent. “I’m O.J. Simpson. How am I going to think that I’m going to rob somebody and get away with it,” he told the L.A. Times in a story published on Sunday. “You’ve got to understand, this ain’t somebody going to steal somebody’s drugs or something like that. This is somebody going to get his private [belongs] back. That’s it. That’s not robbery.”

His arrest comes on the heals of the release of his controversial book “If I Did It” which breaks Orenthal James Simpson’s self-imposed silence and tells, in his own words, the events leading up to and the aftermath of the murders. Now, more than ever, the public is convinced he belongs behind iron bars.

Maybe Orenthal doesn’t understand that all of those laws apply to him. Maybe, in a sick way, he believes he’s provided a do not go to jail card for killing people and robbing folks at gun point. Maybe he thinks that being insensitive enough to write a book about the deaths of his former wife will have no emotional impact on his children. It’s not funny to joke about how you would have done it if you would have done it-heee heee. I’m only kidding people, come on laugh with me, I didn’t do it, I’m only speculating on how I would have done it. Is that what he wants us to believe?

“The Juice” has lost the juice in my eyes and has been demoted to Kool Aide status for that case of poor judgment. My vote says put him in jail. Lock him up for writing the book. Lock him up for thinking his brand of vigilantly justice is a legitimate defense. Maybe that’s been his problem all along. He never grew up. He’s operating with the assumption that you go get your toys when the bad guys take them away. Since that Goldman dude took his toy-his wife-in his mind he can kill. Since his memorabilia was taken he can get some Jesse and Frank James wanna be’s to go and fetch his goods.

They may have been in Vegas, but this isn’t the ole West we see in those Clint Eastwood movies. Hmm, maybe his days as an actor have messed with his ability to distinguish truth from fiction. Whatever the case, I can hear the roars coming from over yonder. We got his ass this time! Anyone seen a white bronco headed down the highway?
Posted by REV-elution at 10:47 AM

Labels: "If I Did It", Nicole Brown Simpson, O.J. Simpson, Ron Goldman