Exhibit to Challenge Assumptions About RACE 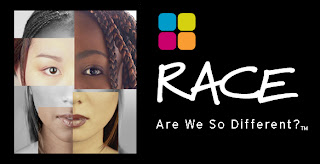 It was the day I discovered the power of my skin. I learned to hate the dark hue that estranged me from the blue eyed boys with blond hair. Their rage told me something is wrong with me.

I rushed home before the street lights came on. The flickering of the lights symbolized the coming of the deadline to get home before mama brings out the switch. The sun was making a rapid exit toward the dip beneath the clouds. My heart paced as I approached Dean Street in Columbia, Missouri.

“Hey boy,” three blue eyed boys yelled as I made my way toward the gravel road. “Your King is dead. What ya’ll gonna do now?”

I was confused by the temper of their words. No time was given for a response. One hit me in the chest as another spit on me. They threw me into a nearby tree as they took turns beating me. “Your King is dead,” they laughed with each punch.

I made my way home after the street lights came on. I was broken by the beating yet feared the consequence that came with coming home too late. My nine-year old innocence had protected me from grown folk’s pain. Mama didn’t meet me at the door with a switch taken from the big tree in the back yard. She was weeping while perched on the couch in front of the black & white television.

“Martin Luther King has been shot in Memphis,” the words are blurred from my memory. I remember crying. The black man who used big words is dead, I recall thinking as I rushed to the bathroom to cry some more. The man I wanted to be like when I grew up was dead. The one who talked about loving people was killed because of his black skin. His skin looked like mine.

I looked in the mirror and cried out loud, “I hate the way I look,” my tears washed the blood from the beating away. In that moment, I learned to hate what they hated. I internalized the disgust of my skin. I entered the world where victims hide. The world of mama’s love and daddy’s strength took back seat to the clout of my black skin.

It has taken years for me to conquer the sway of that day. Age and education has helped me tackle the voices of the boys who beat me on the day King died. More than any of that, it has taken the blue eyed people with blond hair to help me see beyond the torture of that moment. My good friends Owen Flanagan, professor of philosophy and neurobiology at Duke, and Larry Crane, a retired physician have inspired me to think beyond the limits of race.

“There is no race,” Owen says. “There are different hues.” We have formed what we call the Bums Club. It’s a group we have created for ourselves to affirm our quest to move past all things restrictive.

I met Larry after writing a column about race. He invited me to his home. He reads my columns, tells me when he agrees and scolds me when he disagrees. He has taught me that you can’t judge a white man by his tax bracket. He volunteers to help at the Museum of Life and Science. He gave so much of his time that they put him on the board. Larry see’s science as a porthole to change. The light bulb goes off when a kid learns something new.

Last year, Larry told me about an exhibit coming to the museum. RACE is an award winning interactive exhibition that tells the stories of race from the biological, cultural, and historical points of view. “The exhibition brings together the everyday experience of living with race, its history as an idea, the role of science in that history, and the findings of contemporary science that are challenging its foundations,” the museum’s website states. “The exhibition’s components will probe not only how race affects nearly every social institution in our lives, but also how these social settings frame our personal experiences of race.”

Like what happened to me on April 4, 1968 while walking home. All I wanted was to get home before the street lights came on. A different light came on. It’s taken years to turn off that light.

Now it’s time to allow a new light to shine.
Posted by REV-elution at 12:43 PM