Boney James Concert to Raise Funds for YO: Durham 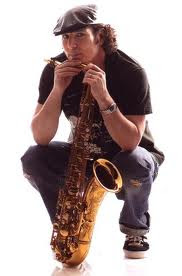 A brother has to do what it takes to get a good woman’s attention. It was the week before Christmas. It had been month’s since we first met during a night that can best be described as paranormal. It was a combination of outer body experience and chill bumps there to remind me I was still awake. It was better than any dream. It was like that city paved with gold.

“Do you mind if a preacher has a glass of wine,” I asked after approaching her table. Her eyes met mine. Something was happening in that moment unlike any encounter before. This was more than a chance to play boy games.

“Not if you mind if a minister has a glass of wine,” she answered. I’ll save the rest for another day. Months had passed as we both worked through the madness called life. She was near when I called. I drove the short distance to the Northgate Mall and found her window shopping. My heart pounded too fast for my mind to keep pace.

We ended up in a record store. She made her way to the section where smooth jazz was on display. It came to me. She walks like the groove of a saxophone. “I know what you need,” I whispered in a deep seductive voice. A man has to do what it takes when in the presence of a good woman.

I reached for one of my favorite smooth jazz artist-Boney James. I call him the skinny white dude. I grabbed my favorite among his numerous projects-the 1994 “Backbone”. “Think of me when you listen to this,” I continued in a voice that spoke my claim.

Fast forward three years later. On Saturday, November 5th, Connie and I will sit in the sixth row at the Carolina Theatre to hear that skinny white dude perform live. It’s the ideal way to celebrate her birthday. That night will be a salute of her life, our love and our work with youth.

You see, tickets are being sold to raise funds for YO:Durham. We will rock and dance to the music of Boney while drawing attention to a program that is elevating the lives of young people. Love for music, love for youth and unmitigated love will fill the room that night. We will be in the middle of it all acting like two teenagers who have discovered what it feels like when puppy love grows up to be one of the big dogs.

I’m hoping all my friends will join me by purchasing a ticket through YO:Durham. Tickets are $50, and can be purchased as many as you want by calling the Durham Congregations in Action office at (919) 688-2036. There will be a reception at 7:00 pm and the concert begins at 8:00 pm.

Did I mention that the skinny dude is a three-time Grammy Award nominee and a Soul Train Award winner? He has been honored with an NAACP Image Award nomination and has four Gold Records. “James swaggered across the stage like a blacktop hero draining treys on an overmatched opponent. He even weaved his way through the audience, never missing a beat and all but daring the crowd not to have a good time," the Boston Globe reported after a live performance.

After graduating from UCLA with a degree in History from UCLA, he took up playing the keyboard and joined The Time-the band led by Morris Day who starred with Prince in the movie Purple Rain. He toured with Day for seven years and toured and held studio sessions with the Isley Brothesr, Bobby Caldwell, Randy Crawford and Teena Marie. It was while on the road with Crawford in 1986 that he earned the moniker that has stuck. His per diem barley kept him fed, and Wayne Linsey, a member of the band who now plays keyboards on the Tonight Show, commented “We’ll have to start calling you Boney James!”

I have so many great memories in watching Boney make that saxophone scream. This time it will mean even more than before. This one is for the youth of Durham.

Take time to check out the YO:Durham website and give them a call. Purchase a ticket and come celebrate with me.

It’s all about the love.