"Get Out": Confession of a blind date with a white woman 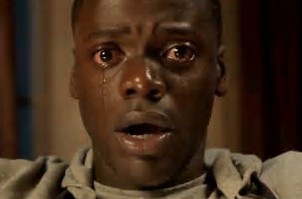 The movie “Get Out” has elevated conversations involving race. Like so many recent movies and documentaries that bare emphasis to the “for real” experiences of black people in America, “Get Out” uncovers the type of black folk talk that happens when white people aren’t around to listen.

There are things too painful to confess in the company of white people. The anguish is entrenched deep in the subconscious of those who have spent a lifetime doing their best to deal with things on their own. Put another way, it’s not worth the investment of being heard to confront the counter punches of white people committed to proving you wrong. Put yet another way, it’s difficult sharing experiences with people who will never fully understand."

The perception is white people lack the ability to fully understand what it means to be black, and talking about it too much leads to conversations that influence typecasting. You become too radical, too emotional, too sensitive and too unwilling to get over things that happened a long time ago. In other words, shut your mouth and move on in a way that proves you’re willing to construct opinions based on credible data.

Insert be a good N-word.

Most black people have dealt with it before. Being in a place where talking critically about how you feel matters. Feeling the rise of rapid heartbeats because you’re the only black person in a room and it feels like everyone is watching you and questioning why you’re there.

“No, it’s your imagination. It’s just you,” black folks have heard that before.

Yes, it feels like a horror movie when you’re surrounded by loads of negative energy.

Which reminds me of that night. It was a painful season. It was the night black students at the University of Missouri were threatened on YikYak and other social media.

“I’m going to shoot every black person I see,” the message later attributed to Hunter M. Park, a 19-year-old sophomore studying computer science at a sister campus in Rolla, wrote.

It was a tough night. To unwind, I decided to accept an invitation to meet a woman at a downtown restaurant. It was days after University of Missouri President Tim Wolfe resigned. I felt conflicted due to my role in consulting Wolfe while writing columns for the Columbia Missourian. I was called a traitor by some and a race-baiter by others.

That’s when the horror hit.

She is a white woman. I went to have a meal, engage in stimulating conversation and to relax. But, given the threat, it was hard not to share how I felt in that moment.

I shared my angst stirred by experiences growing up in Columbia, MO. I talked about how race and racism has impacted my life. I discussed my feelings upon witnessing students confront encounters comparable to when I was a student at the same university. I talked about being drained by the hard work involved in overcoming institutional racism.

I needed to vent. I needed to share. I was not happy. I missed living in a place with a support system to offset the madness I faced. I needed help to filter through the layers of discomfort that left me feeling alone. This is home. This is where I graduated. This is where I teach journalism and work in ministry. I should be happy. I should be celebrating all of it, but I couldn’t.

It felt like a horror movie, and I needed to escape.

“You are a fucking racist,” another white woman who joined us said. “You’re the problem!”

I felt betrayed. I was disappointed in myself for violating one of those black rules – don’t share with white people. They will never understand.

I didn’t want to believe it. How could I, given my role as the co-pastor of a mostly white congregation? How could I continue to be free and serve in a way that didn’t sacrifice the integrity of things lingering in my gut?

That moment changed me. I felt trapped and afraid. As much as I wanted to “Get Out”, I wanted to find reason to stay. Who could I find to understand the tensions caused by overcoming all that historical pain coupled with anxiety stirred by feeling nothing has changed?

What are the lessons?

Well, it’s hard for me to trust white women. I know, that’s a sad admission. A person like me should model life beyond the divides we humans create. I wish I could witness a different reality, but, when faced with matters of the heart, sharing too much triggers a desire to run for a safe place.

You simply want to get out.

I’ve learned there is little patience when a black man contends with his flaws in public space. I’ve learned to resist the temptation of exposing vulnerability to those with limited perspective regarding the rage black men carry. I’ve learned how radically white women shift when the rage comes to the surface and there is no place to find peace. I’ve discovered what it means to be trapped between a desire to be affirmed and the need to scream – set me free.

I’ve discovered the consequences of running to get away when no one is there to protect you from the madness circulating in your head.

These are tough lessons. Maybe it’s a perspective that reflects stuff that’s all about me. Maybe, well, maybe there’s more to be discussed.

I would love to have that conversation, but, for now, I simply want to “Get Out”.

Is it just me?
Posted by REV-elution at 5:49 PM No comments: Links to this post