Does Bill Bell Have a Problem With Black Voters? 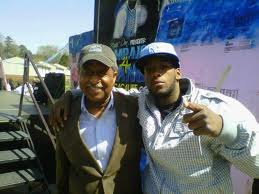 I did a double take when I heard the Durham Committee on the Affairs of Black People endorsed Sylvester Williams for Mayor. The deep breath I took was enough to rob me of the oxygen needed to survive. I exhaled when I read that Lavonia Allison set the record straight by informing the press that Williams falsely asserted the endorsement. I wondered how the Committee could support Williams over the Bell.

It wasn’t enough to consider the Committee’s recent flirtations with all things absurd. When considering Durham’s political landscape it’s quite clear that the group entrusted with being concerned with the affairs of black people is out of touch with the people they serve. That’s a sad indictment worthy of a miniseries dedicated to illumination. The once powerful political action committee has been reduced to public scrutiny related to internal squabble. But, could it be, that the Political Action Committee of the Durham Committee’s consideration of Williams speaks to a deeper issue? Could it be that Bell’s popularity among dark hued folks is wearing thin?

My close call with whiplash upon hearing of Sylvester Williams’ premature endorsement is due, in part, to my personal interactions with the good Rev. My first encounter was at a community festival. He approached me and accused me of supporting gay rights due to his claim that I must be gay. The old dude locked up in the basement of my inner thoughts came close to running up the stairs, knocking down the door and giving the preacher a taste of what it felt like to give a few beat downs back in the day. I inhaled, exhaled and released.

I soon discovered that Williams’ comments had more to do with his hatred toward gays than his issues with me. Oh, ole dude is just homophobic. What he needs is a lesson on how to engage in that type of conversation void of the verbiage that leaves him resembling a deacon with a 4th grade education. I do respect him for standing by his views, and admire him for the passion he brings to the discussion. My disagreement does not negate any of that.

Which leads me to the broader conversation involving the close call endorsement of Williams over Bell? Is there any rationale in believing people have just cause in searching for a replacement of the man who has served in public office since Moses parted the Red Sea? Even more critical to this discussion has to deal with the fading support among the PAC concerned with the affairs of all things black.

As popular as Bell has become over the years, that popularity has a few major holes in the armor. Many are chopping their lips at the possibility of someone taking hold of his office. Some feel he has become comfortable as Durham’s Mayor. More than that, far too many contend he lacks a genuine concern for the affairs of black people. Oh gasp! Say it’s not so!

It is vital to this conversation to take into account the massive economic development in Durham. To his credit, Bell has been the champion of the growth. He has helped lead the way in promoting economic development within Downtown Durham. With that being said, Bell has not, in the view of many, been one who has helped facilitate opportunity for African Americans interested in getting a slice of the pie.

Critics of that contention may argue that advancement has one color, and that color is green. As impactful as that argument may be, it is reasonable to suggest that a Mayor with the political clout of Bell has an obligation to help facilitate the advancement of African American owned and operated businesses. Durham has a rich African American heritage, and it would seem, one would think, that Bell would make promoting and supporting that legacy as a key priority to his work as Mayor.

That’s not to say any of the criticism is deserved. What it does aver is a matter of perception that Bell should consider as he prepares to take hold of another term in office.
Posted by REV-elution at 2:45 PM