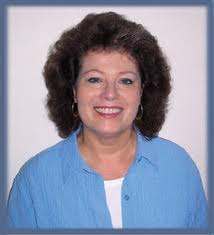 Finally, our local Board of County Commissioners has proven they can compromise. After months of internal fighting, Joe Bowser decided to take a walk on the side of the street where sane people travel. He did the right thing by casting a vote for Pam Karriker to assume the seat vacated by the early exit of Becky Heron.

True to her uncompromising posture, Ellen Reckhow cast a dissenting vote remaining true to her claim that she would stand behind Wendy Jacobs until the ship sank. The remaining three Commissioners decided that cooperation meant more than personal agendas and opinions. At the end of the day, what mattered most is putting an end to the public image that the board needs group therapy.

It’s sad that Reckhow was unable to cast that last vote as a statement of board solidarity. As it stands, the local political climate resembles the war among politicians in DC. The hostilities among the Democrats and Republicans elected to serve us can be understood due to political ideological differences. This local muddle of indifference is harder to justify due to the common political affiliation of those who serve on the board. They are all Democrats.

To his credit, Bowser took the high road by compromising. To her fault, Reckhow placed her personal agenda above what the community needed to witness. For those standing outside the power strains of Durham’s political system, selecting a replacement to the board meant more than what the People’s Alliance, The Durham Committee on the Affairs of Black People or any of the other PACs in Durham desired. It meant more than what Heron wanted in a replacement. Durham’s citizens deserve from their local politicians the same as they require from those who serve in office beyond a local concern. We desire politicians able to compromise when needed.

Reckhow’s dissenting vote exposed a weakness that voters should consider in the next election. There is no place for stubbornness in political office. This is not a place to stand by a promise made to a former Commissioner. The public needs unity and that last vote would have gone a long way to dispel the tension that has wrecked the reputation of the board.

All of the Commission members have tough questions to answer leading into the next election. It is the Rev-elution’s contention that Durham deserves a new set of leaders to serve this community. Yes, it may be time to replace all five members of the board with a group able to move past the inconsistent leadership that has fractured this group of misfits.

The good news is a strong cluster of candidates has emerged from this process. Hampton Delinger stands out among a group of highly qualified people willing to serve. Anita Daniels, who I can vouch for as a person of integrity, and Wendy Jacobs join Denlinger as serious contenders to the post. That’s three out of five. Any takers on the final two slots?

Citizens have a right to demand better from those we elect. If they can’t get along, and they have proven they can’t, get them out! Replace them with a group committed to making decisions best for the masses.

Again, anyone else willing to serve?
Posted by REV-elution at 12:31 PM