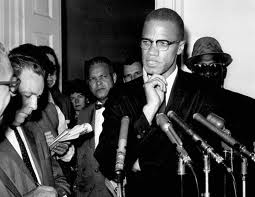 The plaza was submerged in black.  From the impromptu Soul Train lines to the reminders of black & white televisions with wire hangers dangling from the back, the Bimbe Festival highlighted what happens when old school ways hangs out with the new school.  Doug E Fresh pitched the point when toddlers stole the show when they hopped on stage to do the “Dougie”. They, along with the white dude who proved he can party like a rock star, brought smiles to thousands who came out to celebrate black culture.

Bimbe is unlike many of Durham’s cultural events.  The Blues Festival maintains its reign as the Queen of the outdoor events.  The Blues Festival is a gathering of all of Durham.  It highlights the rich diversity that makes the Bull City the most tolerant municipality in the nation.  Bimbe is different.  It brings out the folks not drawn to the blues or the offerings of other street festivals.  That’s what makes it special.

Bimbe is a pure display of black culture. You get the dress.  You get the dance moves.  You get the attitude and stories about what life was like back in the day when you had to get home before the street lights came on.  It makes you feel like you’re at a family reunion where the best and the worst in the family show up to party.  It’s a confirmation of the slogan “for better and for worse.”

Standing in the middle of it all reminded me of why I love my black family.  It’s important to say that because there is so much not to love.  Let’s be real about it.  How can you love low academic achievement, crime and economic disparity?  There is so much not to like, but that’s not about the people.  That’s about the struggle.  There is a special feeling that comes when surrounded by my people.  You can’t help but smile when the energy takes control.

Saturday was a special time.  It was about the music, the food and the vendors, but there was something else that roused my deep love for black people.  It was the date.  May 19.  I came to celebrate the day.  I do every year.  May 19th is the day Malcolm X was born.

El-Hajj Malik El-Shabazz was born on May 19, 1925.  Out of respect, I use the name he was given after his journey to Mecca.  His life took on new meaning after he discovered the universality of Islam.  He could no longer minimize religion to a race.  His radical shift fractured his relationship with Elijah Muhammad, the leader of the Nation of Islam.  Three members of the Nation of Islam killed El-Shabazz as he prepared to address the Organization of Afro-American Unity in Manhattan’s Audubon Ballroom.

The power of his words did not die.  His strength and determination gave a people reason to see beyond how they are defined.  We aren’t what they say we are.  There is beauty in our look.  We are not less than those with blue eyes and the façade of power.  We claimed pride in our African heritage and found the power of collaboration.

He told us not to depend on others for opportunity.  He challenged us to create businesses to support a community historically decimated by neglect.  He told us not to wait on them or depend on them to fix what is within our own power to mend.  We no longer need the slave master to take care of us.  We don’t need to sit at their table to find meaning - we have our own table to eat.

They brought us here and stripped us of our names.  They robbed us of our heritage by handing us an identity that didn’t belong to us.  They taught us to hate our own skin and to seek the affirmation of a people we will never look like.  They pitted black people against one another based on their complexion –lighter skin tone is better than dark.  We learned to hate our nappy hair and dark skin.  We were taught that white is better, and success is measured by an ability to be more like them.

Then he would chastise us for our dependence on others.  Why do we keep waiting for crumbs from the table?  Why haven’t we created our own economic strategy to elevate those overlooked by people unable to understand?  He would tell us that we should not blame white people, but the problem is ours to fix.  His message was not about hating white people.  It was more about defining how we arrived at this place, and what it takes to transcend it all.  His challenge was for self-determination.

Finally, El-Shabazz would ask us to ponder our self hatred.  He would attack the massive division among black people.  He would lead dialogue regarding ways to reconcile the gaps based on ideologies.  What are you doing? Why so much energy circulating around differences while the real issue is in finding a solution?

I stayed at Bimbe all day.  I waited to hear his name.  Have we forgotten him?  Maybe it’s because we have been taught to hate him.  Wasn’t his message about hatred toward white people?  Can we endorse the message of a man who wasn’t a Christian?  Is that why we failed to sing the birthday song?

I walked away disappointed.  There would be no Bimbe if not for El-Shabazz.  He changed the way we think about what it means to be black in America.

"Look at yourselves. Some of you teenagers, students. How do you think I feel and I belong to a generation ahead of you - how do you think I feel to have to tell you, 'We, my generation, sat around like a knot on a wall while the whole world was fighting for its human rights - and you've got to be born into a society where you still have that same fight.' What did we do, who preceded you ? I'll tell you what we did. Nothing. And don't you make the same mistake we made...."

I hear you great teacher. Happy Birthday.
Posted by REV-elution at 10:01 AM