The game of capitalism is like playing musical chairs 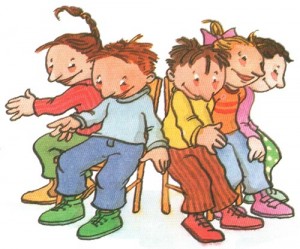 There’s nothing wrong with putting your money where your heart leans.  There’s nothing like a few bucks to solidify a person’s backing of a given agenda.  Isn’t that what it means to live in the good ole U. S. of A.?

The older I get the more I come to let go of those altruistic notions that guide many of my decisions.  Some things feel better when it comes with a stack of bills and a promise for more if you keep smiling.  Shucks, the most holy among us get tempted when baby needs a new pair of shoes and there’s not enough to pay the rent.

It’s a game so many play. Many play it safe by pretending they’re not in it for the cash, while others prance around like the dude who purchased the Eton shirt for $45,000. The shirt, encrusted with white diamond cufflinks and colored diamond studs, reminds me of the arrogance among those who contend their money makes them sovereign over penny pincers like me.

They gloat in the mound of cash vaulted away in a trust account bearing more annual interest than most make in a lifetime.  They stand over the rest of us like we’re pawns on that Monopoly board.  We get traded like the small red homes praying their number doesn’t show up in a crap shoot. Those with the big bucks play the game with ease because it really doesn’t matter if a bad day shows up in the middle of the match.  They keep rolling the dice because they have enough to take a risk.

Everything, and I mean everything, is for sell.  Love can be brought.  You can buy your child a gig with a smile, and you can purchase a few votes on the way to making more cash to secure the lives of your great, great, great grandchildren.  It’s a cycle that keeps the game moving.  The rich get richer and everyone else hopes they can play the game, and become like the people they hate so much.

Don’t get me wrong.  I’m no player hater.  Hat’s off to anyone who plays the game well enough to build a stockpile of cash. I simply want to have a heart to heart about how this real life Monopoly game plays out among those with no more than a few dice to roll and a prayer.  Making it big takes enough money to absorb a few risks, and the big time players laugh at you when you come to the table with a few rolls and a dream that your gamble will pay big dividends.  You can play the game, but you are primarily at the table to amuse those who laugh at you behind your back for thinking you can hang with the big boys.

It’s the unraveling of that truth that has so many disparaging the assumptions of American capitalism.  I hate to be the bearer of bad news, but the i-s-m at the end ranks it in the same line with all the other misfits of dehumanization.  Given the mammoth misuse of capitalism of late, it belongs in the same room as racism, sexism, classism and all the cousin of insensitivity.

This is about how the game is played different among those with enough money to change minds.  It’s about the lies we tell as a nation – that our laws are created to protect each of us, despite race, creed, gender, age or gender orientation.  We affirm warmly that America is a colorblind nation.  It’s not.  The color of preference is green.

We operate under the assumption that we are measured by our talents and mental power.  We cling to the notion that all are offered opportunity based on the perception that they possess something deeper than the restrictions that come with class status.  We play with that assumption.  It’s a lie. It matters, and it matters more than most are willing to admit.

It influences who gets hired and who gets fired.  It determines who gets into those top colleges and universities that claim high SAT scores and grade point average as the foundation for selection.  We claim it’s not race, but academic performance.  All of it is a lie.  It’s the color of money and how it sways capital campaigns that influences who gets in and who is left out.

I’m tired of the lie.  All are not treated the same, and our laws are not made in a way that honors the humanity of each of us beyond how much we have in the bank.  It determines who runs for office and who gets elected.  It is used to undermine our ecosystem by offering government handouts to builders who come bearing the gift of a pipe dream.

Those on the bottom are forced to contend with the mean game played by those with all the toys.  The rules keep changing.  It’s like playing musical chairs – those seeking hope keep dancing, only to have the chair pulled out from under them once those with the bucks stop playing the music.

They’re told they need more education. Check.  Sorry, now you need more. Check. Sorry, it’s in the wrong field of study. Check. Whoops, you went to the wrong school. Check.  Sorry again, your GPA is too low.  Check.  Oh, I see you have bad credit.  I fixed it.  Hmm, so you have a misdemeanor in 1991 for possession of less than a gram of marijuana.  That was more than 20 years ago.  I was a kid. Give me a break. Nope.  I have a friend who has a step mother who has a cousin who needs a job.  I went to school with my friend, so I’m giving the friends step mother’s cousin the job.  But, wait! I have a Master’s degree with 10 years of experience.

I know. I know.  He has a college degree with no experience, but he fits our corporate image.

It’s easy to play musical chairs when someone is holding your chair and the DJ is your daddy with the checkbook.
Posted by REV-elution at 9:56 AM