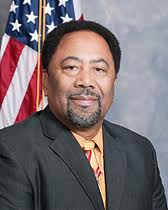 Joe Bowser’s abrupt resignation from the Board of County Commissioners has the remaining members scrambling to appoint his replacement.  The best word to describe Bowser’s decision to opt out of completing his term is selfish.  He leaves behind a board in flux, and loads of potential political maneuvering that could compromise the integrity of those left behind.

Many are asking why Bowser quit before the job was complete.  He says Commissioners have tough decision over the next few months, and it would be best for them to move without his input.  His argument fails to consent to the vow he took when taking office.  The deal was to fulfill his obligation through the end of the term, and it wasn’t conditioned on whether voters decided to give him the nod for another four years.

Left behind to muddle through the decision of replacing Bowser is Pam H. Karriker, who will step down at the end of her term, Ellen Reckhow, Brenda Howerton, and Michael Page. The task is complicated due to the ongoing battle to serve after the end of the current term.  Will Wilson, who placed fifth in the primary with 8.4 percent of the votes, could challenge Page in a runoff on June 26.  In addition, Omar Beasely has secured enough signatures to be placed on the ballot in November.

Beasley, a bails-bondsman and track coach with Carolina Elite, needed 7,000 signatures to be placed on the November ballot.  He plans to turn in 8,000 signatures to the Board of Elections at the end of June.    The runoff between Page and Wilson, combined with the election in the fall, makes the replacement of Bowser a matter soiled with political interest.

Wendy Jacobs and Fred Foster seem to be the frontrunners to replace Bowser.  Many have given the nod to Foster – a black man replacing a black man.  On the surface it appears as the logical move given the current state of racial politics in the city.  Jacobs and Foster were close behind Reckhow in the primary.  Commissioners have 60 days to replace Bowser, and Foster seems to have the necessary votes to begin his term six months early.

I’d recommend a pause before moving too fast on appointing Foster to replace Bowser.  There is one last matter of business that Foster needs to fix before stepping into office.  Will he resign as President of the Durham Chapter of the NAACP, or will he do as Bowser did before being strips of his office – hold both?

Foster indicated that he was stepping down from his duties as President of the NAACP when he announced his run for the Commission office.  He stated that he would do so until the end of the election.  It’s not quite clear what stepping down meant for Foster.  He continues to hold the title of President, and there is no clear indication that he has separated himself from the work of the NAACP.

What is clear is Foster’s inability to consider the potential conflict of interest in maintaining both roles.  “I have not had time to consider my position with the NAACP, but when I make a decision, I will be happy to share that with the public,” he says.

“I would invite you to research the manual governing the NAACP. There are several county commissioners and state legislators serving in public office while holding office with the NAACP,” he says.  “I refer you to Skip Alston who is chair of the Guilford County Board of County Commissioner who served as NC State President of the NAACP just to give you an example.”

Foster is correct.  There are examples to support his claim to hold both offices.  Bowser made the same argument when he served on the Commission.  There is nothing the members of the Board of County Commissioners can do to minimize Foster’s role as President of the NAACP.  My challenge to Foster, and those who cling to all that power, is to consider the danger in serving two masters.  Why relegate the role of the NAACP by placing yourself in a position that compromises the voice of that office?

Who will serve as the spokesperson for the NAACP before the Board of County Commissioners?  Isn’t the power of social activism maintained by creating safe distance from the organizations that require scrutiny? What voice can you give to matters regarding county government when you are a member of the team impacting policy?  The conflict of interest leaves the NAACP vacant of leadership capable of bringing credible critique of the organization Foster has been elected to serve.

Upon mentioning the parallel with Bowser, Foster responded “I am not Joe Bowser.”  Foster may not be Bowser, but the lessons from Durham’s not so distant past should serve to enlighten us about the bad news that comes when there are conflicts of interest.

Bowser was stripped of his lifetime membership with the NAACP for passing out fliers on Election Day in 2004 that read: "Joe Bowser, DURHAM BRANCH NAACP PRESIDENT, Recommends for Your Vote the Following Candidates. NO STRAIGHT DEMOCRATIC TICKET VOTING."

Bowser represented Republican gubernatorial candidate Patrick Ballantine during the endorsement meeting of the Durham Committee. NAACP President and CEO Kweisi Mfume notified Bowser in writing that he was suspended as president and that his life membership was also suspended because he engaged in political campaigning using his position in the nonpartisan organization.

It was a selfish move that impacted Durham’s NAACP.  Resigning before the end of the term is selfish.

Foster may not be Bowser, but if he holds on as President of the NAACP, that’s selfish.  If that happens, keep your eyes on the one who refuses to give up power for the state of a greater good.