OMG: He Called Me a House Nigger 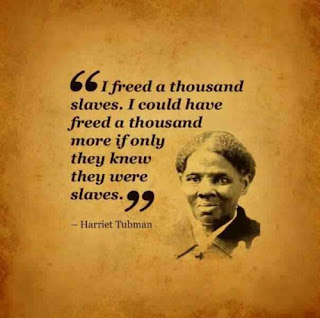 “That’s because you’re a house Nigger,” a distraught poll worker yelled at me for refusing to vote for his candidate. I had declined to take the sheet of paper promoting the virtues of the man he supported. I knew who I was voting for and had no need to waste the paper. I’m a green friendly kind of dude.

“That’s okay,” I responded when asked. “I’m not voting for him.” I then made my way to vote for the man he opposed Bill Bell for Mayor.

“I really appreciated your saying that,” a woman passing out the slate for the People’s Alliance told me when I returned. We chatted a bit about the significance of the two tax measures on the ballot. She expressed concern that teachers and assistant teachers would be terminated if it didn’t pass. I talked about the need for a rail system connecting the three counties. That’s when the man yelled at me-“You a house Nigger.”

“And that’s why I’m not voting for Sylvester Williams,” I roared back. “It’s because of people like you that I will never support him.”

I left disgusted with myself for allowing the idiocy of that man to get under my typically thick skin. I’m accustomed to being called names. It comes with the territory of putting your neck out to be chopped by those incapable of reading between and around the lines of what I write and say.

What he called me speaks to the politics of race and pronouncements of legitimate blackness. The expression house Negro comes from Malcolm X’s speech “Grassroots.” He spoke about two ranks of enslaved Africans: the “house Negro” and the “field Negro”. The house Negro lived in the owner’s house, dressed well and ate well, Malcolm X argued.

“He loved his owner as much as the owner loved himself, and he identified with his owner,” Malcolm said. “If the owner got sick, the house Negro would ask, ‘are we sick?’ If somebody suggested to the house Negro that he escape he would refuse to go, asking where he could possibly have a better life than the one he had.”

Malcolm X claimed there are still house Negroes and field Negroes. His comments were a direct criticism of the nonviolent resistance movement led by Martin Luther King, Jr. It was a consistent theme of Malcolm X while he served as the primary voice of the Nation of Islam. His commentary continues to manipulate and influence the way blackness is affirmed or censured based on the judgment of a few.

What Malcolm X’s speech did within its historical context was to place the power of assimilation at the forefront of public discourse involving the rights of people of color. It revealed the thrust of the persuasion regarding the desire to live within the comforts of being accepted by those with power. Malcolm X unveiled the scandal involving a strategy, planned or not, to pit black folks against one another, and the benefits that come with compromising racial solidarity.

It’s a rhetoric that continues to resonate within sectors of the African American community. It’s the cousin to being called an Uncle Tom. It assumes that a person maintains a position of prominence due to succumbing to the interest of white people. It demands a level of hatred that denies the possibility for moving past the wounds caused by those long ago.

There are a number of assumptions correlated with the contemporary interpretation of Malcolm X’s analysis. To cling to his argument demands the embrace of the submission that all white people are blue eyed devils. One must conclude that white people are created with incapacity to transcend the hatred they have toward black people. One must adopt a logic that refuses to concede the possibility of any good within an entire race of people. To that end, anyone who embarks on developing any form of relationship with the blue eyed devil is, by nature, given into the psychosis of a house Negro.

The term is often used as a way to demoralize those living with the rewards of hard work. It elevates those on the bottom of the economic threshold by belittling those reaping the advantages normally reserved for white people. The field Negro disputation assumes that those in the house are there because of deep love for the white people in the house.

History suggests that Malcolm X’s analysis of the house Negro is laced with suppositions that we are forced to question. It denies the evidence that indicates many of the houses Negros were placed in the house to serve as the sex toy of the master. It refuses to acknowledge the evidence that points to boys lying at the foot of the bed to warm the master’s feet. It denies the myriad of cases that indicate that boys and girls were raped by the master. The house was a place of torture, not privilege.

What Malcolm attempted to do was bring meaning to the consequences of class division within the African American community. It assumed a position of privilege among those in the house that requires deep critical scrutiny. It also requires an examination of a view of history that fails to considers the particularity of humanity. In other words, not all white people are the same. Not all African Americans are the same. To suggest that everyone in the house felt the same gives far too much power to the influence of living in a given place.

It only confirmed my vote. Birds of a feather flock together. That bird needs to be locked in a cage to sing alone. That bird sings because he refuses to fly after the doors of the cage have been open.

And for the record, I move between the house and the field. That’s what freedom brings
Posted by REV-elution at 11:26 AM