My Own Story of Abuse 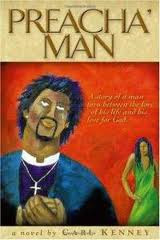 “As Simon rubbed the ugly black thing, the family friend moaned,” harder boy, rub it harder. Faster, um, ah, um, yeh, that’s right. Simon did as he said. Soon it got easier. But then it got worse,” it’s a line from Preacha’ Man, my first novel.

“Put it in your mouth, Simon stopped rubbing. He couldn’t believe what he heard. No, Simon cried. Why would he ask me to do that? Simon whispered. He slapped Simon across the face.”

Those lines from my novel rekindle memories from my sore past. It’s a story like so many others - a 10-year-old boy stripped of innocence in the truck of a family friend. The pain of that moment couldn’t be explained. The hurt caused was too deep to share with mother and father. It remained locked within the dark chambers of my subconscious. That’s was until the flashbacks came to haunt me more.

I wrote Preacha’ Man as a way to free the countless others from the brutal condition of having to keep secrets like these. I was afraid to share my story. The power of decision was taken away from me when the memories became stronger than my resolve to keep my thoughts to myself. I was too broken by the past to remain silent. I had to be set free.

Breaking that silence came with a price. Being broken and sharing that in public space can rock the world of a minister trapped in the expectations of those who drop dollars in the collection plate. Sharing a past of dysfunction radically hinders the work of ministry. Telling my truth was the beginning of the end of the work that meant so much to me.

The comments that followed the release of my first book reminded me of why I fought the urge to place those words on paper. “He must have wanted it,” I heard people say. “It proves he is gay,” others said. The backlash that came with paving the way for my own liberation made me wonder if freedom is worth the cost.

I personally grieve whenever I hear a story about boys being abused. It took me weeks to recover from the Catholic Church scandal. I’m still aching due to the lack of justice in the Eddie Long case in Atlanta. The Church seems to miss the mark whenever boys cry foul play by one called to lead the way. The image of the institution seems to mean more than exposing and ending the cycle of pain felt by boys too young to understand what was happening when they were being touched.

Those cover ups and cash settlements may be rooted in a deeper issue. Could it be that our notions of masculinity, even among those not yet men, make it difficult for those engrossed in the merits of gender identity to conceptualize the torment of boys molested by men? Are cover ups and passing the buck a result of a failure to conceive of a way to think about the abuse of boys?

Blaming the victim is a systemic evil that obstructs the pursuit of justice in cases involving sexual abuse. Women tolerate the laundry list of labels attached with being violated: they asked for it or it’s because of their alluring attire. Women have been answerable to how their ways entice those who lack the ability to control the heat.

Added to the complexity of abuse of boys are notions of masculinity. What heartrending assertion comes from institutional decisions to pretend it never happened? What does it say concerning a moral obligation to protect the innocence of those too young to protect themselves? What is said when we close our eyes and make believe it’s not our responsibility to point a finger in the direction of cruelty?

Conversations related to institutional responsibility (be it Penn State, the Catholic Church or Greater New Birth Baptist Church) should not preclude critique of affirmations of identity that minimize the masculinity of boys caught in the web of sexual abuse. Just as a woman raped does not make her a whore; a boy abused does not strip him of legitimate masculinity.

Being raped doesn’t make a person gay. Supplementary in this discussion is the need to affirm the masculinity of those who are gay. Being gay doesn’t surrender legitimate masculine identity. It may define it by different constructs, but it is masculinity all the same.

Pain wrenching discourse is necessary to help both institutions and individuals contend with their feelings related to notions of masculinity after one voices a history of abuse. Needed are ways to affirm those hiding out of fear of being labeled a fraction of a man. Every time an institution covers it up or pays for it to go away, boys like me, still aching from past memories, suffer even more.

They can’t deal with our pain. Maybe I should have never told the truth.