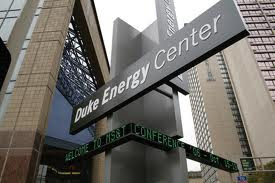 “The mother of revolution and crime is poverty,” Aristotle wrote in 350 BCE. I recently revisited his reflections related to the causes of revolution in Book V of the Politics. They read like a line from the prophecies of Nostradamus.

Something has shifted the way people think about the American Dream. Some may claim all that hoopla about cooperate greed that fuels the rise of the Occupy movement has more to do with a few spoiled brats seeking attention. If you don’t know, you better ask somebody.

More have been made poor by a system that has morphed into a monster waiting to devour those who keep it fed. We have witnessed three cases of the escalating greed of corporate America within the past month. Duke Energy, Netflix and Bank of America embarked on plans to further strap those who struggle to find a way to keep their head above water.

The case of Bank of America is an example of the power of an old fashioned revolution. When Bank of America announced that it was imposing a $5 fee for making as little as one debit purchase per month, Molly Katchpole, a 22-year-old college student, responded with a resounding Hell to the No. She began an internet protest that landed 306.000 signatures. Her revolution killed the debit card fee.

Netflix, the video rental giant, lost over 800,000 subscribers when it increased its fee. The company’s shares plunged 35 percent. The consumer has the power to change corporate policy by taking their hard earned money to another place of business. Imagine what would happen if people got fed up enough to alter their spending habits? Watch out Wal-Mart. Treat your people right.

There are many places waiting for a revolution to emerge, but what happens when the company in question is a monopoly. It’s hard to press those creeps to change when they have our guts in their hands and are prepared to squeeze until we have nothing else to give.

Duke Power argues it needs the increase to recover part of the billions it has spent to upgrade its electricity-generating and transmission system in North and South Carolina since 2009. “Over the past two years, we have invested $4.8 billion in the system,” says Betsy Conway, spokeswoman for Duke Energy. “So, we are seeking to recover those cost.”

Determining the company’s financial state is tricky business. It all comes down to who is listening and the reason behind the pitch. In August, the company reported a $441 million profit in the second quarter of 2011 and a nearly $1 billion profit for the first six months of the year at $941 million, up from a second-quarter loss in 2010 of $217 million and a first-half 2010 profit of $228 million.

That report was given in conjunction with the proposed merger with Progress Energy. Duke highlighted its international and commercial operations in stressing gains on August 2. "Traditionally, our third quarter is the most significant," Duke CEO and chairman James Rogers said in announcing the company's results.

On Thursday, Duke reported profits declined about 30 percent in the third quarter as power sales fell and it incurred larger-than-estimated costs for a new power plant in Indiana. The company reported increases in operating revenues of 31.9 percent for its international business.

Consumers listen as Goliaths like Duke and oil companies cry over lost revenue. They peddle their sob stories about the cost to maintain business while the poor get poorer and the middle class get closer to becoming the poor. We witness increases at the gas pump. Now we’re asked to help Duke become more profitable as they expand and replace equipment.

They raise prices because we have no options other than to find an alternative to the consumption of what they feed us. As for me, I’m fed up with the lack of sensitivity coming from these corporate heads. We need a break. We can’t take anymore of your increases. We shouldn’t have to pay for your expansion. Companies should be forced to do what we do every day-to find a way to continue to function when less is coming in and more is required to move forward.

I want a revolution. The best bet is to Occupy across the country.

18 percent. Give me a break. OCCUPY DUKE ENERGY
Posted by REV-elution at 1:08 PM