Beyond the Colors of Hate 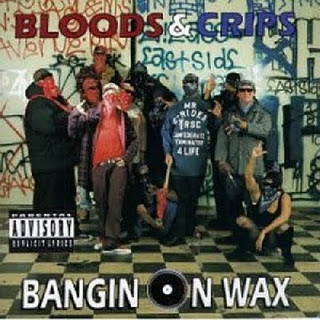 It’s a story that tugs at that tender spot of most who hear about it. Something magical happened at Occupy Atlanta. Something bigger than the causes that moved people to camp out in tents-the movement inspired rival gang members to become friends.

Occupy Atlanta participant Tim Franzen wrote the story of two young men who found a common bound while attending one of the meetings in Atlanta. “I stayed for the common cause, speaking for the people. I feel strongly that we have the right to jobs, health care, and affordable higher education," says Sherrod Britton, a 29-year-old member of the Bloods.

Shabaka Addae Guillory, a 20-year-old member of the Crips, was also moved by the Occupy movement. "I knew this kind of movement was coming I just didn't know it would come so soon," Guillory stated in the story that appeared in the Huffington Post.

Franzen tells the story of two African American males who traveled similar paths. Guillory, who became a Crip when he was 14 years old, noticed folks doing freestyle rap. Britton was in the group. "I saw him in the park, saw his colors. There was no mean mug or rivalry because we realized that what's happening here is so much bigger then gang rivalry", says Guillory.

"Now we're the best of friends," Britton replies. There was something deeper than their rival colors.

"I let him sleep in my tent because he didn't have one. We are connected through music, faith, and Occupy Atlanta", stated Britton.

Could it be there is more to the Occupy Movement than we have heard about in the news? “It's important to acknowledge that one of the beautiful byproducts of this new movement is the transformative experiences that arisen as a result of so many different people from different walks of life occupying a space together for a common cause,” Franzen writes.

It’s not the first time that music has broken the barricade between blue and red. In 1993, Ronnie Phillips and rapper Tweedy Bird Loc, who is a Kelly Park Compton Crip, produced an album featuring actual Crips from Compton and Long Beach Bloods from Inglewood and Los Angeles.

The concept behind the projects was to get gang members to bang on wax rather than in the streets. Each record consisted of a “B” side and a “C” side. You got it! The “B” side featured Bloods and the “C” side was for Crips. The single Bangin’ on Wax was the only song that combined the forces of the Bloods and Crips. Most of the songs were recorded during the same studio sessions.

Something is happening in Atlanta, but what? A connection was made that allowed rival gang members to put their colors away long enough to become friends. What is behind that change?

For answers I had to revisit an important movie. If you haven’t seen it, watch Crips & Bloods: Made in America (2008). Directed by Stacy Peraltz, the movie features Forest Whitaker. Jim Brown appears in the movie. Check out my blog from November 20, 2007 (Time to Handoff to Jim Brown). There I report on a conversation with the NFL great that changed my life forever.

The movie reflects on the change that came after the death of vocal black leaders. Martin Luther King, Jr. and Malcolm X are killed. Others are thrown in jail. In a blink of an eye all the icons are gone. There is no hope left. That hope is replaced with two gangs divided by territories, red and blue bandanas and beefs.

Peraltz weaves a story of young African American men without fathers, mentors or leadership. Bravado takes center stage among those devoid of hope. Acting cool becomes a survival tool in a culture where police use their force to keep thugs in their place. They grow up questioning authority. The oppressed respond in the only way they know-with violence.

Then there’s a quote from Jim Brown in the movie. "If the police have not resolved the problem in 40 years, they never will resolve the problem," he says. “

They can’t solve it because it is bigger than the police. It’s not about improved police strategies. Something is missing. What? A lack of role models, a lack of alternatives, but, more than any of that, a lack of hope.

David Patterson, former Governor of New York said it best on Real Time with Bill Maher. He argued, on this week’s show, that the lack of organization within the Occupy Movement is because people haven’t protested in 30 years. We have forgotten how to fight for our rights.

So, hope was found for gang members in Atlanta. Maybe, just maybe, it’s what they have been waiting for. They know how to speak through their music. They know they are hurt, in part, due to the way they are perceived. What has been missing is a form to verbalize all of that pain in a way that frees them enough to see the humanity in one they have been taught to hate.

They have been waiting for a message. Someone, something to give them reason to change. Be it a rap album or a movement that tells ones truth.

It’s the small victories that make a difference.
Posted by REV-elution at 2:16 PM