The Rev-elution endorsements for Durham Board of County Commissioners 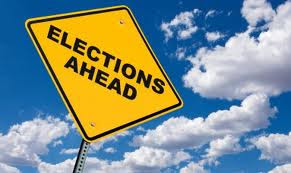 Update: After the posting of this blog the Rev-elution was contacted by Michael Page and informed Page will bring a resultion to the Board of County Commissioners denouncing Amendment One. Stay tuned for how that may alter the decision not to endorse Page.

I feel bad for local voters. After years of contending with the dysfunction of the Durham Board of County Commissioners, they have to cast votes for the most recent group of willing servants. They don’t have much to help them decide. If not for the endorsements coming from the local political action groups (The Durham Committee on the Affairs of Black People, the People’s Alliance and the Friends of Durham) along with the nod from your hometown newspapers (The Herald-Sun, News & Observer and The Independent Weekly) picking from this line up would be as difficult as finding a four leaf clover in grass that reaches your buttocks.

The pickings are thin with this group. After careful deliberation the Rev-elution has decided to take a stab at endorsing those most fit to serve based on my set of criteria. My lineup is certain to differ from the rest. Ones race, age, gender and involvement in one of those political gangs didn’t factor into the selection process. A person’s ability to actually win the thing didn’t play a part. Most important on my to do list is a person’s ability to get along with the other children in the room.

A critical point has to be made up front. The Rev-elution has been brutal on the incumbents. I’ve called for voters to consider axing the whole bunch and elect a group more willing to behave in a way that doesn’t leave me wishing they would all take a trip with a one way ticket. There’s one thing the Rev-elution lacks patience over, and that is childish behavior and confrontation. With all that needs to be done in Durham County there is no time for children misbehaving. It’s called Rev for a reason, and it’s elution season.

With all of that on the table, let’s talk about those incumbents the Rev-elution thinks deserve a retirement party.

Joe Bowser. No one on the current commission is able to offer aggressive, meaningful policy options like Bowser. He’s the one in the bunch who has consistently demanded accountability among those who work in Durham County yet opt to live on the other side of the Triangle. He understands issues and keeps the commission focused on maintaining balance between those who have and those who wish they had. The problem with Bowser is his misuse of power.

His recent role in terminating Gerri Robinson, former DSS director, demands attention. The fact that Robinson’s actions were enough to land Robinson a pink slip is not justification for the way Bowser, and his gang of board members, kicked her out the door. If that wasn’t enough, they appointed one of the board members to replace her at the same meeting. The good in Bowser is not enough to overrule the bad that has resulted in a lawsuit, an audit that draws notice of complicity and a grave misuse of power.

Ellen Reckhow. Reckhow has served with passion and consistent leadership as a member of the Board of County Commissioners. Her external image is one of compromise and strength. Sadly, an email released by the Rev-elution uncovered the internal mess within the board that left the Rev-elution wondering if conflict resolution was needed to move things forward. Her lack of compromise, along with the rest of her pals, in selecting a replacement for Becky Heron reflected a stubbornness that forces the Rev-elution to say it’s time to go with the rest.

Michael Page. Those emails from Reckhow brought the Rev-elution to Page’s defense. Reckhow and Bowser played the tag team in deflating Page’s reputation. Bowser questioned his role as a minister. The Rev-elution made it clear that there is no place for attacking a person’s call to ministry. Page has done his best to keep the children in order, and spent more time in a corner fighting his way out than in being intentional around establishing a long term vision for county government. The big rift among many is Page’s position related to the 751 development. The Rev-elution says Page has to go due to his unwillingness to bring a resolution to the forefront regarding Amendment One. His lack of courage on this issue placed him on the bad side of the Rev-elution. Time to go.

Brenda Howerton. She came to the board as one thought to be a consensus builder. Like Bowser and Page, she is on the bad list of many because of the handling of that nasty 751 development project. Her recent responses to questions involving 751 expose a lack of substance when it comes to being able to define a position. She claims to be one desiring all the facts before voicing and opinion. After years on the commission, voters demand more than a conversation about feed me more information before I tell you how I feel. Her inability to engage around the issues speaks to a lack of preparation and understanding of the issues. Does she know what she thinks, and, if so, can she please tell us what that looks like. Bye, bye.

That leaves one on the board worthy of a chance to continue to play.

Wendy Jacobs. Jacobs get the nod from the Rev-elution for a number of reasons. After fighting to get on the board when Becky Heron retired, she has proven to be the gem among her peers. She does her homework. She is engaged with those from different camps. More than any of that, she has guts and thick skin. Would love to say more on that, but trust me. Two thumbs up.

Now that we have one left from the board of dysfunction, let’s deal with what’s left. I’ll start with the shocker.

John Owen. This kid has the stuff. I call him kid out of respect for what he brings, youthfulness, a fresh approach, an amazing understanding of the issues and a departure from business as usual in Durham. He argues that Durham is the youngest city in North Carolina with an average of 31, yet has the oldest average age of those in office at 61. Those in office may be a bit out of touch, and we need some new blood running the show. The bad news for Owens is he failed to get that much needed endorsement from any of the local PAC’S. The Rev-elution can see past the birth certificate. He’s among the best of the rest.

Fred Foster. Foster gets in by the hair of his chinny chin chin. The lineup of endorsements from the Durham Committee on the Affairs of Black People and People’s Alliance makes him a lock to win. The Rev-eution is impressed with his service to Durham, but isn’t getting the warm fuzzy due to a lack of certainty regarding his position on the 751 development. He has indicated his lack of support, but comes back with “shucks, it may be what we need.” Sounds like playing both sides of the fence, and one thing the Rev-elution hates is a waffler. The good outweighs the bad, so he gets the nod.

Anita Daniels. Daniels gets the nod for reasons others hold against her – those old jobs in city and county government. She knows her way around the bureaucratic bull stank, and that could go a long way in minimizing the grueling transition from average Jane to big shot in county office. Daniels didn’t get the endorsement from the Durham Committee on the Affairs of Black People and the People’s Alliance due to an inability to dig deeper in explaining her position. That combined with the old farts in leadership getting their way. She gets my vote with a few caveats: show us that you know the issues, and be more firm in taking a position. This was a close call due to her unwillingness to take a position on Amendment One. Show me some courage girl.

That leaves one spot left. What will the Rev-elution do? No one gets that endorsement this time. I’m leaving it vacant as I wait to see if Omar Beasley is able to get enough votes for the general election. If so, it’s possible he gets my endorsement. If not, Page could jump back on board with an endorsement. I’ll need to see a bit more courage from him as a leader, and an ability to communicate a broader vision related to the future of Durham County. Lead us dude.