Is Fighting What Black Men Do? 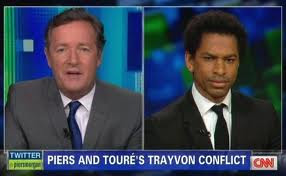 Its days like this that has me wishing I could channel the spirits of my ancestors. They had the good sense to know when to speak, when to remain silent, and when to take hold of a revolution.

I’m putting myself in the bag with those more prone to sing and march versus formulating a plan to get things done- for real. I’m struggling with understanding how this generation fails to produce the type of change that forces others to take a long pause, look long and hard, and scream, dang dude! How ya’ll do that?

I’m perplexed with how so many with the brains, guts and will to make a significant impact seem to get branded with wanting the spotlight to remain fixated on their colossal ego. I’m saddened that Cornel West engaged in a battle of words related to President Obama due to being overlooked at the inauguration. The credibility of his claims got lost in language that forces you to consider whether there is weight to his argument or if he got his feelings hurt because he’s not considered the biggest Negro in the room.

The past few years remind me of old fights in the locker room that had teenage boys doing battle to determine who had the biggest jock strap. The airwaves of Urban Radio have occupied too much time with commentary of grown boys shadow boxing over issues that simply don’t matter. Tavis Smiley and Cornel West had to set the record straight after Steve Harvey called them Uncle Toms for questioning Barack Obama. I remember having to pull the car off the road to avoid doing something crazy while shaking my head and squealing OMG in between my rapid paced inhales and exhales.

It has become the season of black dudes fighting. I have no problem with that when the fight is about a significant issue or statement that needs to be challenged, but this stuff has become personal. The public policy and political discourse have moved away from stimulating thought aimed at moving us in the right direction. The fight has taken center stage, and the work has moved to the back seat on this journey headed to something different.

I’ve been watching black dudes fighting with intrigue. I’ve wondered if success has a way of damaging those who began with a desire to inspire. As sad as I am over black intellectual brawling to gain attention, what was behind Toure' deciding to jump in the ring?

Is the fight a response to something deeper?

Toure', an MSNBC contributor, appeared on the Piers Morgan show Friday to discuss the Trayvon Martin case. I tuned in a few second after they clanged the bell to start round one, so I was convinced it was a joke. This couldn’t be real. No, heck no. He’s not doing that on national television. It’s a skit, like what they do on Saturday Night Life. Right. Someone tell me it’s not real.

Sadly, it was real. Toure' told Morgan he’s not qualified to comment on the case. “You are too new to this situation to fully understand what’s really going on here, and what’s really at stake here for America,” he said.

Morgan came out punching. “What a load of fatuous nonsense you speak,” he countered with a look that reminded me of how my mama looked at me just before slapping me so hard I felt all the blood rush to my brain.

The problem with watching this match was it wasn’t round one. This fight started on Twitter. It was via his Twitter account that Toure' expressed his displeasure with Morgan interviewing Robert Zimmerman, Jr., the brother of George Zimmerman, on his show. According to Toure', he allowed the sibling to “spout unchallenged lies further poisoning a tense moment in history.”

Morgan punched back with “Oh Toure', you’re such a tedious little twerp.”

Morgan then challenged Toure' to take the fight to his show. I’ll meet you at the playground after school you creep! They went back and forth on the time and place for the fight. Toure' showed up ready to take Morgan down. He went straight for the balls by asking why he didn’t question Zimmerman about his comments about the night Trayvon Martin was killed.

Morgan suggested that Toure' lacked credibility as a journalist. Toure' suggested that Morgan failed to appreciate the historical situation at hand. “You have not been here long enough,” he said. He added that Morgan had only been in the United States for seven years, and had no clue as to how deep the black-white divide is in America.

Morgan counterpunched with a lesson about impartiality in journalism. He attacked Toure' for failing to keep his opinion regarding the case out of his reporting on the case. He went on to suggest that’s what he had done in allowing Zimmerman an opportunity to speak on his show.

“I should not have gotten caught up in ‘winning the debate with Piers,” Toure' wrote on Twitter the next day. “I got caught up with ‘winning’ on some masculine bravdo bs when my whole point has been justice for this boy. I lost sight of that.”

It’s one of the toughest things about being a black journalist. We are held to this standard called impartiality while the system doesn’t offer us space to remove ourselves from the stories we cover. When we step into the newsroom, watch the way the story is handled by our peers and submits work that is discounted for being slanted in a certain direction, we get weary. We get tired. Then we get mad.

After fighting for respect it is easy to get caught up with winning. It’s easy to get lost and shout loudly, “listen fool, you don’t get it! This is our story! You can’t understand how it feels to be on this side of the story! Listen to me!

Then it happens. The dismissal of credibility. Toure' is being emotional. He’s fighting because of his ego. Just like those other black dudes who fight each other.

That’s what black men do. They fight for no reason.

Another stereotype. Add it to the hoods. Shoot him down. This time use your words.
Posted by REV-elution at 1:32 PM