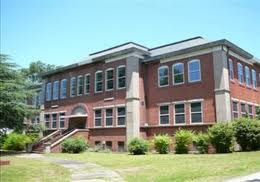 The closure of the TROSA Grocery confirms my suspicion regarding economic development in North-East Central Durham. People aren’t listening. People are out of touch. Far too many assumptions are being made. There isn’t a well-defined plan on how to stimulate growth.

That has to change.

That’s not a criticism of those who did their best to offer people a market within footsteps of the block once known as the hotspot for drugs and prostitution. Joe and Elaine Bushfan and former city councilman Dan Hill are devoted to bringing life back to the corner. Hill attended the church across from Joe’s Dinner and remembers the ice cream parlor, pharmacy and other businesses that drew customers from the neighborhood.

The death of tobacco and white flight changed all of that. The old Y.E. Smith School has remained vacant in wait of a project to reawaken what was a cornerstone of the community. Hope came when the city council approved an incentive plan that pours $236,000 to kick start the renovation of the school. The Maureen Joy School will vacate the space. It’s a partnership between the Self-Help Credit Union, the owners of the property, and the school. Self-Help will invest $10.4 million to restore the building.

The approval of the incentive plan unpacks a complex quandary involving economic development within the context of disparate agendas. In offering incentives to Self-Help on this project, the city council has, indirectly, extended support to a charter school. They’ve done so under the pretext that the project will stimulate growth in North-East Central Durham. Could it be that they have done so at the expense of public education?

This is a clear cut case of conflicting agendas. At the end of the day, the council opted on the side of economic stimulation. A more pressing issue is the correlation between the Y.E. Smith school renovation and the assumed stimulation of economic growth. Dan Levine, project manager for Self-Help, contends the project will result in the collection of $30,000 per year in new property tax revenue, and foster economic development and job creation. To that I offer, show me the plan.

There’s no doubt that the building is an eyesore that demands attention. The question is at what cost? Do we forfeit the integrity of public education for a promise?

Steve Schewel, former school board member and current member of the city council, opposed the incentive plan. He noted that, by state law, the Maureen Joy School is incapable of making a request for city funds. Given Maureen Joy will be the only tenant; the incentive plan is direct support for a charter school. The deal establishes a precedent that could come back and haunt the city council.

To that, Michael Goodman, vice president of real estate of Capitol Broadcasting Co. and son of company president Jim Goodman, came to the defense of Maureen Joy and the Self-Help Credit Union. He noted that the A.J. Flecther Foundation, which is led by his family, is backing the project with $275,000 going directly to Maureen Joy. That money will underwrite relocation expenses and equip the old building with a gym.

Goodman’s offer further obscures the significance of the incentive plan. The foundation isn’t funding economic development. It’s an affordable loan that supports the school. The support of the A.J. Flecther Foundation further strains the credibility of a proposal that uses public money to fund a charter school. Even more maddening are the assumptions offered devoid of specific plans regarding the stimulation of economic development and job creation.

Are we to believe the building will be enough to encourage other businesses to join the crowd? Did that happen after $16 million was invested to renovate the Holton Career and Resource Center? The upgrade has transformed the Driver Street community, but has it impacted economic growth and job creation? If not, why not?

What’s most telling in the promise coming from The Self-Help Credit Union is the lack of a conversation related to their participation in the revitalization of the North-East Central community beyond the renovation of the Y.E. Smith School. The same is absent from the statement regarding Goodman’s commitment from the Flecther Foundation. There’s a promise for growth and job creation, but no one has shown a plan that moves past this project.

Doesn’t the community deserve more than that? If those with deep pockets are willing to place an alternative school within the neighborhood, and, in doing so, create massive ambiguity surrounding the liaison between public money and ventures that impede our public agenda, shouldn’t we ask for more than a promise? Don’t we deserve more than a pitch for incentives?

What else will The Self-Help Credit Union offer North East Central Durham? What will the Goodman’s bring to the table? If the answer is a nice school with a promise, my response to the members of the city council is you have been bamboozled for a promise.

The citizens deserve more than a promise. Show me the money.
Posted by REV-elution at 10:25 AM