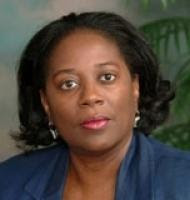 “I heard you are running for office,” I was asked while picking up a friend to help me move.

“No, I’m not interested in public office,” I responded surprised that my name is floating in the streets as one of the many taking a stab at the Board of County Commissioners. Nope. It’s not me.

I did contemplate a bid for City Council before one of my peers ran for Mayor, got slaughtered, and then ended up in prison for allegedly killing his wife. Watching Michael Peterson move from writing columns with me in the same paper, to giving it all up for a hope and prayer was enough for me to back away from any thought of serving folks by sitting in one of those big seats at City Plaza.

I’d rather write about those who serve than give it all up to see if people love me enough to give me a chance. Besides, I’ve written enough columns to compromise the bit of political credibility I might have if not for throwing stones at too many people. My big mouth and heavy pen have dug a deep pit for me to be thrown.

The confusion related to the rumor of my running is connected to my former wife – Anita Daniels. When we got married we both hyphenated our names. Some may remember the column I wrote about how I decided to take her name to symbolize my taking on her past and the power of her name. I find it dehumanizing that women have to take on a man’s name while men are allowed to function with their own as if nothing ever happened when they said "I do".

In taking on her name, I celebrated the woman who loved and cared about me enough to take on a part of me. Sadly, we divorced in 2002. It was a painful separation and divorce, and, for me, it came with a tremendous price. Much was lost beyond the marriage. In the eyes of many, my role as pastor was wrecked by my unwillingness to stay put until death did us part. I get that.

The riddle of that rumor about me running for office was exposed when I received an email about Anita failing to get the paper work in to change her name back to what it was before she put her name in the bucket to run for County Commission. Legally, her name remains Daniels-Kenney. Her name reflects what we were, but, don’t get it twisted, it also unveils the bond that was and continues to be between me and the woman I still consider to be one of the best things since sliced bread.

I loved her enough to marry her, and I love her enough to vote for her. Our parting of ways didn’t change the strengths that led me to marry her. She is incredibly organized. She is intelligent and has a passion for Durham. She also brings experience that places her above others who have decided to run. She was a United Way executive. She has served in management for the city, and was a county government department head.

No, I’m not running for office, but one who is a part of me is running. A vote for Anita is like a vote for me. Divorce didn’t change that. So, for those who have asked me what I think about her – I say two thumbs up.

Until then, it’s nice knowing that one I care so much about still has my name. It doesn’t mean the same, but it means something more than words can express.