Blame it on the Hoodie 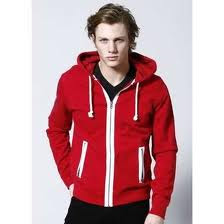 I can take a sigh of massive relief now that I know why Trayvon Martin was killed. It isn’t a case of vigilantly gone wild, as I had assumed. Our friend Geraldo Rivera has uncovered the truth. Blame the hoodie.

"I'll bet you money that if he didn't have that hoodie on, that nutty neighborhood watch guy wouldn't have responded in that violent and aggressive way," Rivera said on “Fox and Friends”. He said the death of Trayvon should be a warning to parents to watch what their children wear.

"If you dress like a hoodlum eventually some schmuck is going to take you at your word," he wrote in a commentary posted Friday on the website Fox News Latino. "No one black, brown or white can honestly tell me that seeing a kid of color with a hood pulled over his head doesn't generate a certain reaction -- sometimes scorn, often menace."

Melisa Harris-Perry took a nibble at Rivera’s comments during her Saturday morning show on MSNBC. She offered her dress code for black safety. To be safe, dress like Steve Urkel. Take notes parents; this could save your kids life.

Avoid red and blue because you might be confused as a gang member. Shop in the section with “mauve, turquoise, or even salmon if you’re daring,” she said. Stay away from those baggy pants. “If the cops don't get you, your parents are sure to get mad for costing them all that money,” she suggested. Last on the list – shun the temptation of wearing those “pesky hoodies.”

Harris-Perry’s commentary reflects a deep angst felt by those forced to endure the feeble attempts to explain what happened that night. Include me on the list of folks fed up with efforts to make the death of Trayvon about something other than a decision to take the life of an innocent kid. I would love to stick a sock in Newt Gingrich’s mount, paint him black and drop him off in my old stomping ground – East St. Louis. I wonder if that would teach him a bit about the privileges that come with being painted white. Inhale, exhale, release. That’s a commentary for another day.

Harris-Perry’s comeback lifts the frustration of parents of black boys. What are they to wear given the way clothing is construed as a measure of thug life? Is part of the burden of being young and black the imperative of isolating oneself from the social norms embraced by other youth? White kids wear hoodies, but black and brown youth should wander from contemporary dress preferences. Does it mean something entirely different when a black or brown kid puts on a hoodie? The Gap, Old Navy, American Eagle, Aeropostale and Abercombie aren’t shops that market their wares to black thugs. All kids shop there.

Rivera’s idiotic deliberation, related to how parents should dress their children, exposes the true nature of how race and racism plays out within the context of American culture. Those black kids who dress to go to school and play are forced to confront how what they wear draws attention to their being more than a kid. Are they too black, too thuggish, too much like those who end up at your local county jail? Is dress a byproduct of criminal inclination, or is dress simply that – dress?

If the burden of parents of black and brown kids is to refute the assumptions of those who read more into dress than dress, the responsibility of altering racial stereotypes is placed in the hands of those victimized by that mindset. Rather than encouraging people to look past those hoodies, kids and parents are challenged to dress in a way that counters the common culture of all kids. Conclusion, dress like Urkel.

Don’t be a kid. Wear a suit and tie to school. Rid your wardrobe of anything construed as too black. It doesn’t matter that other kids wear the same thing. You are held to a higher responsibility due to the way your dress is deemed different because your black or brown skin is underneath your clothing. Clearly, the thing that differentiates you from the rest isn’t the hoodie. It’s your race. Change it anyway because too many black kids have brought into the normal culture of American youth.

Don’t blame racism. Blame the hoodie. Blame the black kid for failing to identify himself as one who is different from other kids his age. You can’t be a kid. Dress like an adult.

I have two hoodies in my closet. Dang! Let me get rid of them before someone shoots me for looking like a thug.
Posted by REV-elution at 10:12 AM