Is Gentrification What We Need? 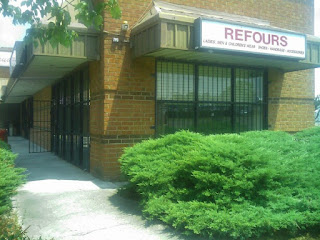 You should be careful what you ask for. If you keep asking you might just get what you thought you wanted.

That’s my view of the recent flirtation between Duke University and the Southside Rolling Hills community. Phail Wynn, Duke University’s vice president for Durham and regional affairs, has approached city leaders with a plan to form a partnership to market a Duke friendly neighborhood in the Southside community.

The proposal calls for subsidized home-buying opportunities for low and middle-income employees at Duke and the Duke University Health System. Duke would offer employees a subsidy, potentially in the form of a no-interest, forgivable five-year loan, to go toward the down payment. That amount will supplement the city’s contribution.

It’s the most recent wrinkle in the never ending story of the Rolling Hills redevelopment project. Recently, non-profit organizations, including Habitat for Humanity, expressed disapproval over the city’s decision to funnel all federal money earmarked for housing into the Southside/Rolling Hills project. They argue the shift will end citywide second-mortgage assistance.

It’s the city’s version of robbing Peter to pay Paul. The other option is to do what the council is pondering – a 1-cent property tax increase to fund housing initiatives. This is a tough sale given the hikes taxpayers have absorbed over the years to fix what should have been handled long ago. In the minds of many, Rolling Hills is the outcome of mismanagement and overspending caused over a decade ago. It’s old news, but it hurts having to revisit what should have been handled.

Two critical questions have to be raised as officials ponder jumping in bed with Duke – where is NCCU, and what are the potential dangers related to extending the presence of Duke in Southside?

The first question recounts my disgust that NCCU failed to jump on a major opportunity before digging up dirt on campus. It would have been a significant move for NCCU to build a dormitory at the Rolling Hills site rather than the congested area closer to the campus. Building near the Durham Freeway, within walking distance of the Hayti Heritage Center and the downtown district, would have expanded the presence of the university. It would have enhanced economic development and transformed the area in common with Franklin St in Chapel Hill and Hillsborough Road in Raleigh.

With that being said, NCCU never bit on that opportunity. Where are they today?

The second question presses concerns involving gentrification. The Duke proposal clearly states that the collaboration will offer housing for low to middle income employee’s at Duke and the Health System. What happens if the area blossoms into the place to be in Durham? Shouldn’t we expect the redevelopment of the area to draw people lured by that amazing view on top of the hill, close proximity to downtown, the American Tobacco district, the Durham Performing Arts Center and Golden Belt?

What happens when the Bull City Connector expands services to the Rolling Hills area and NCCU? We should assume that will happen given the cost to ride on the free bus is underwritten by Duke. They are certain to extend the service due to their commitment to the area.

What happens when more than the poor and almost poor decide to shift their housing interest to the area on the other side of the freeway? That shift is certain to impact the flourishing relationship between NCCU and Duke. What will be done to protect the black and brown business owners who are there because it’s the only place they can afford to pay rent? What happens to the people who currently own property?

All that growth is a good thing, but not everything good is good for everyone.

I’m just asking. Do you have the answers?
Posted by REV-elution at 11:16 AM