Trayvon: I can't keep it to myself 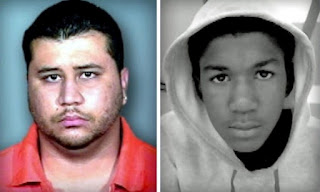 I didn’t want to write about Trayvon. I waited and waited some more before throwing words on this page. I waited for common sense to take hold to save me from having to bring further attention to the pain that has kept me locked in dismay. Put another way, I’m sick and tired of writing about the pain of black men.

I wanted to believe the time has come for folks like me to back away from stories like this one. I wanted to accept times have changed and I’m free to explore other stories. I wanted to talk about what’s happening in the city, the cool places to hang out and tell the untold stories of people in my own back yard. I wanted to release all those years of pain roused by dealing with walking the streets with a macho identity layered with loads of blackness.

I didn’t want to write about pain anymore. It all left me feeling like one seduced into a victim mentality. I didn’t want to blame white folks anymore. My desire was to evoke a message of hope for those confronted with mounds of hostility connected to their labels.

“You don’t sound angry anymore,” my white friends are quick to point out after reading my recent blogs and columns. After 15 years of writing columns that coerced me to consider how my words would impact others, I wanted a safe place.

I wanted to be revered for the power of my words more than the assumptions of my politics. I didn’t want the brand of being the mad black guy. I didn’t want to hear opinions that minimized me to the hue I wear and the pain I carry. I wanted the respect that others carry with ease. Their words aren't appraised from the context of their being. Oh, how badly I desire to be accepted for my craft and not to be minimized because of how my blackness gets in the way!

He was killed for no reason! Why do I care? Because I am Trayvon. My son is Travon. My nephew and girlfriend’s son is Trayvon. Trayvon attends the church I lead. He shows up in my neighborhood to play basketball whenever the sun comes out. I see him when I drop the kids off at school. I see Trayvon everywhere I look. His face is a reminder of how things have not changed due to the fear of those who blame him for all that irks our nation.

We are Ralph Ellison’s Invisible Men. We are Richard Wright’s “Bigger Thomas” walking in fear of what we can’t control. Was James Baldwin right when he wrote, “who does not have his private Bigger Thomas in his skull.” Has America grown beyond the evil that kept black men home at night? Should fear keep us home when the call goes out to buy a bag of Skittles?

I’m tired of writing about my pain as a black man. I did my best to keep it to myself.

Now I have to cry some more. Does anyone care?
Posted by REV-elution at 11:20 AM