Supporting the Right to be Married 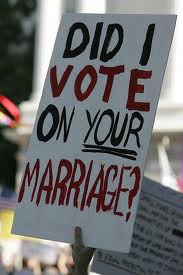 On Saturday, March 17th, citizens of Durham will renew their vows. On last year, I officiated over the ceremony that hitched folks with the city we all love so much. I’m happy to report that my love affair with Durham has strengthened over the past year. I’m learning to love her even more.

As I prepare to lead the service of renewal, I’m saddened by what it means to be one able to take advantage of my position of privilege. It’s a truth I never thought would part my lips. Never before have I considered myself one able to function with the advantages that come with being formed with the body given me at birth. I’ve come to take for granted being minimized due to my humanity. I’ve assumed disadvantages as a black man.

Living with this black skin framed in manhood has led me to assume the worst whenever I move in the presence of white privilege. I take for granted not getting interviews despite my massive credentials and talent. I take for granted that people will deny me opportunity simply because of how I look. I also understand that this is a truth that those who function in privilege simply can’t understand.

What does that have to do with marrying Durham? Everything. It draws attention to the assumptions that come with heterosexism. We heterosexuals reap the advantages of all that privilege related to being able to go to the court house, pick up a marriage license and marry another willing heterosexual at will. We have the right to express our love legally. It’s a privilege that we uphold based on our contention that those unlike us are unworthy of the same privileges we take for granted.

So, imagine how it must feel for people to marry the city when they can’t get married to their partner? They are allowed to come out and make vows to a community while being forced to accept they can’t do the same with the person they love so much. That is hurting me deep.

I’m thinking about it more this year due to my intent to get married soon. Yes, I’ve come to the conclusion that it’s time to throw away bachelorhood and tie the old knock with Ms. Connie. Given all I feel for her, and all it means for me spiritually to jump on the marriage wagon, it hurts that doing so pits me as one willing to take advantage of my position of privilege while those I care about are unable to do the same.

By now a line of conservative minded Christians are ready to throw stones my way. I can hear the pages turning from that Bible they use to fight. I’m certain they are preparing to use that Bible to prove how God hates homosexuality, and that I’m standing on the side that supports people in maintaining those sinful ways. Others will talk about how allowing “those people” to get married will destroy the fabric of society and lead America even further from being what the crafters of the Constitution intended.

Isn’t America supposed to be a nation that offers freedom for all citizens? Shouldn’t we honor the separation of Church and State? Shouldn’t we want for all our citizens the same privileges that those with power take for granted?

Given my personal internal struggle, it has become difficult for me to embrace marriage at this time. How can I when others I care about can’t. What does it mean for me to walk within that privilege and hold my bond of love before them as a reminder of what they can’t have due to the laws of this land? Is that love? Is that right? Is that being the compassionate person we all claim to be?

Some may regard that as a cop out. Go ahead and say it – you don’t want to get married! Not true. I do, but how can I cheerfully participate within a system that uses my heterosexuality as the privilege that validates my decision to walk in that space?

Would it be different if only white people could marry? Maybe we could see it if we limited marriage for those within a certain economic bracket. I hear my critics again. It’s not the same. Gay folks are an admonition against God! Okay, since you go there, is that a theological claim? If so, isn’t that in opposition to the Constitution we claim is used to keep America the land of the free?

Those critics will argue that those white dudes who signed the Constitution had a Christian nation in mind when they spoke of one nation under God. Give me a break! We are more than a Christian nation. If we allow our views of God to fuel our political decisions, we become what America was before those who signed the dotted line left England to find religious freedom.

Yes, I will renew my vows to Durham on Saturday. I want to get married, but what does it say given the struggles of my friends to do the same?

Slap me for caring about those I love. It isn’t right.