Omar Beasley to run for the Board of County Commissioners: Let Change Begin 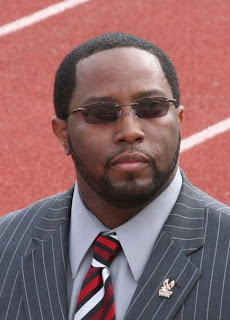 I smell the scent of revolution in the air. Those tired of business as usual have decided to take matters into their own hands. It reminds me of a James Baldwin quote. “Not everything that is faced can be changed. But nothing can be changed until it is faced.”

The first to step forward to face the possibility of change is Omar Beasley. Beasley has informed me that he will file papers to run for the Board of County Commissioners on today. From all accounts, Durham’s Commissioners race could see a clean sweep of the current board. Even longtime Commissioner Ellen Reckhow is in jeopardy of facing the wrath of Durham’s voters.

Beasley’s decision to run for the office isn’t fueled by the dysfunction among members of the current Board of Commissioners. “I thought about running during the past election,” he says. “I wasn’t ready to run. I had to do some work to prepare myself.”

Beasley says he had to spend time listening to voters and doing more service before moving forward. “I considered a run for city council ten years ago,” he says. “I decided that the type of change I wanted to make required me working as a commissioner.”

Beasley is a bail bondsman. He says his work within the criminal justice system awakened a passion to make a difference among those falling through the cracks. “We have to do something to improve our educational system in Durham,” he says. “We have to use our resources in a way that will make a real difference.”

Beasley was born in San Diego, California where football and track opened doors for him to continue his education. He moved to Durham to attend North Carolina Central University. He graduated with a bachelor’s degree in history education in 1996. His work as a bail bondsman has always been about helping those caught up in a demoralizing system. Beasley kept looking for more to help build lives beyond helping people get out of jail.

I met Beasley when he was a student at NCCU. He attended the Orange Grove Missionary Baptist Church when I was pastor there. He came to me when he was struggling to ascertain God’s will for his life. He felt a deep calling to work with youth. I mentored him as he processed through what that meant. I travelled with him to Jamaica to perform his marriage ceremony. I know his wife Tanisha and celebrate their life and love as a couple determined to live with integrity.

Beasley once came to me with a vision. He wanted to form a track club for youth. “We have the Durham Striders,” I told him. His response revealed deep insight and dedication. There was something about him that inspired me. He gets it, I remember thinking that day.

I spoke with Beasley about the endorsement process in Durham. “I’ve gone to Durham Committee meetings,” he told me. “Many of the people don’t know me.” He’s an unknown running for office. He lacks a solid endorsement from the Durham Committee, the People’s Alliance or Friends of Durham. Getting one of the established political action committees to give him the nod may a difficult task.

It’s the reason I’m willing to vouch for Beasley. He has my endorsement. Why? Because he has done the tough work needed to prove his worth. He is willing to listen and understands what matters most – the people he will serve. I give Beasley my endorsement because he is a rare breed among those who run for office in Durham. He’s young, insightful, dedicated and determined to make a difference.

He’s not doing it for himself. This is his calling. Let change begin.
Posted by REV-elution at 9:39 AM