The Ghetto Side at Duke University 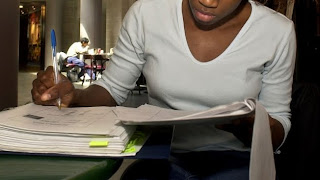 Just when I was prepared to throw away all those race cards, I find reason to keep a few in my back pocket. After years of grappling to get past the notion that I’m only in the room because I’m black, a study conducted by faculty at Duke University argues black students aren’t able to deal with the rigor of those tough academic majors. In other words, they take classes in the ghetto at Duke.

One is left questioning the motivation behind the study. Why would a group of professors go about the task of researching the merits of black folks being in the room? The answer is simple. The paper is part of a brief submitted to the U.S. Supreme Court by opponents of affirmative action. The report, “What Happens After Enrollment? An Analysis of the Time Path of Racial Difference in GPA and Major Choice,” found that among students who enrolled with an interest in majoring in economics, engineering and the natural sciences, 54 percent of black men and 51 percent of black women changed their major to the humanities or another social science.

That’s compared to the 33 percent of white women and 8 percent of white men who switched majors. The study assumes the switch is made because they are less rigorous, require less study and have easier grading standards.

Professors Peter Arcidiacono, Kenneth Spenner and graduate student Esteban Aucejo argue that “attempts to increase representation [of minorities] at elite universities through the use of affirmative action may come at a cost of perpetuating underrepresentation of blacks in the natural sciences and engineering.”

In other words, it’s not enough to consider the GPA of black students. According to the study, the success of black students at Duke must be evaluated based on their academic major. The authors of the paper suggest that the switch to easier majors is the reason the GPA of black undergraduates is similar to the GPA of white students. Black folks can’t compete in a world where they have to take the tough classes. Time to pull out one of my cards.

The measuring of the black intellect is an old game. In 1994, Harvard psychologist Richard J. Hermstein and political scientist Charles Murray, published The Bell Curve. The controversy of the book involved sections in the book in which the authors wrote about racial differences in intelligence. They write in chapter 13: "It seems highly likely to us that both genes and the environment have something to do with racial differences." The book fueled a national debate on the issue of race and intelligence.

By arguing against the merits of black academic performance by using academic major as a variable, the authors of this study have created an academic caste system that the university may have difficulty in unraveling. There are real programs, and there are easy programs. Are the big wigs at Duke willing to accept that the findings of the study ultimately call into question the academic strength of the programs on the other side of the tracks?

It’s dangerous whenever a person delves into the matter of race and intelligence. It is even more harmful when the motivation for the research is to invalidate intelligence due to a political agenda. This research is not about the decisions of black students at Duke. It is a ploy to nullify their right to be in the room.

I say no to placing merit on a few academic programs over others. I say no to measures of black student achievement based on an assumption that they can’t handle the heat. I say no to Duke University for failing to stand by programs in the humanities that this study attacks for being less than the rest.

I want to throw these cards away. But if it smells like a bigot and sounds like a bigot, well, you know the rest
Posted by REV-elution at 8:45 AM