The Business of Public Educaton 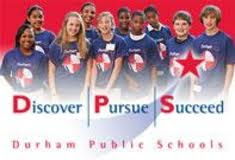 The plan to overhaul Durham Public School’s magnet program has been stalled by Superintendent Eric Becoats. The decision came after a groundswell of criticism at public meetings. The attack exposes a deeper issue that members of the school board may find hard to hear. People simply want more emphasis on improving all the schools.

“Don’t roll the dice, make all our schools nice,” was the message on balloons distributed at the meeting held on December 5. More than 70 people signed up to speak. The tension in the room exposed angst among students and parents regarding the state of Durham’s system of education. Many fear that administrators have given up on educating students at low performing schools.

Becoats had called for developing a magnet to magnet feeder system with an overhauled transportation scheme with just four to six bus stops for students attending magnet schools. The revised proposal continues to phase out both Chewning and W.G. Pearson. The closure of those schools has people wondering about the underlying motivation.

One of those parents spoke at the forum held at Southern High School. “The underlying message from their statement was ‘we don’t want these poor black/brown kids either’,” Steve Bumgardner wrote in an email sent to members of the school board and key administrators following the community forum.

Bumgardner’s response opened the proverbial can of worms that many refuse to face. The Durham Public School system is facing a dangerous season. Like many school systems across the country, leaders are grappling to break free from the stranglehold of a tarnished reputation. While leaders do their best to convince parents there is reason to keep their children enrolled in Durham Public Schools, they face the stiff competition of private and charter schools.

Those argumentative parents and baffled students, who showed up to express their opinion, sense a dedication to offer alternative academic options to weary parents while pushing the need to improve academic performance of low performing schools on the back burner. This is a troubling matter due to how, if true, it leads to the re-segregation of the school system.

According to the Herald-Sun report of the December 5 public meeting, Jasmine Grace, a Hillside High School senior, complained that the focus on building up magnet programs, while ignoring programs at neighborhood schools, left schools like Hillside underserved. “Hillside isn’t considered a ‘good school,” she was quoted as saying in the Herald-Sun. “At Hillside, students who are enrolled in standard courses, who aren’t enrolled in [specialized programs], we find it hard to access resources or find that we don’t have the same benefits or opportunities as students at ‘good schools’”

Grace’s usage of the phrase “good schools” places this conversation within a context that speaks to the burden of those troubled parents. As administrators discuss school closings, changes in the transportation system and the provision of more academic options, it’s vital that all of us pause to consider how all of it sounds. The language involving the education of our children sounds more like a business model.

Rather than talk about improved academic performance, we discuss repositioning the system to compete with existing threats to our growth. Schools like Voyager Academy compete for the best minds within the system. The magnet approach becomes a marketing strategy designed to convince white and middle class African Americans to enroll their students in the new improved school option.

Schools are downsized to maximize the return on investment. It all appears as a way of placating those parents ready to pull the plug on public education. All in an effort to counterbalance the fear among parents unwilling to cast their children to those unruly wolves attending those “bad schools”. All in an effort to offer an option that convinces them not to join ranks with those who have given up on the dream of integration.

It’s all about the business. I sure would like to hear more about how to improve the quality of education for all our children. The spirit of competition doesn’t allow space for that type of conversation. Not when each parent is vying to provide the best option for their own child.

It all makes sense. It’s life in a world where the fit survive. There’s no time to worry about “those” kids when the only thing that matters is your own.
Posted by REV-elution at 6:49 PM