The Rev-elution to request renaming streets to Durham's City Council 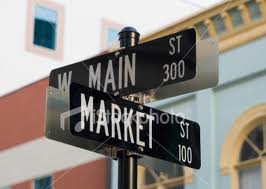 It’s official.  On tomorrow, I head over to City Plaza to pitch members of the Durham City Council on identifying streets to name after prominent past and present residents of Durham.  I have a long list.  I’m not ready to propose specific names.  This is much bigger than a person.
Sure, I hurled a few possibilities in a previous blog.  I do believe we should consider finding a street for André Leon Tally, the most influential person in the fashion industry.  It troubles me that people in Durham don’t know that Tally attended high school at Hillside and probably threw rocks somewhere near North Carolina Central University.
Folks in Durham don’t know our own history.  It’s time to change all of that.
I could spend considerable time slapping council members on the wrist for missing out on a few significant naming opportunities.  With all the new development in Durham, there had to be a few pathways to name after one of the who’s who of Durham.  I’m fed up with streets being named after fruit trees or a number.  I love the number nine, but it doesn’t leave me feeling proud for having been there.
My quest to rename things isn’t limited to streets.  I’m ready to push members of the Durham School Board to name the next school after Mayor Bill Bell.  Why not?  Bell fought through massive opposition to force the merging of the former city and county school systems.  He did it while serving as chair of the Durham Board of County Commissioners.  The move was contested by both black and white parents who weren’t quite prepared to take a risk on creating a system that offered a quality education for all students living in Durham.
It took guts.
We have enough schools that denote vicinity – Northern, Southern, Southwest and Eastway.  It’s sad to me that opportunities to educate kids are compromised out of fear that someone may get upset for not having a building named after them.  It’s not just the name that matters.  It’s the history connected with the name that can be used to shed light on how we got from point A to point Z.  People worked hard to help us overcome fears.
Conversations should be underway to honor Howard Clement.  Clement has served on the Durham City Council longer than anyone.  Ever.  There has to be a street, a building, a room, a something to name after Clement.  He fought to integrate the Carolina Theatre.  He fought against all forms of discrimination during those tender years when young people went to jail while singing “we shall overcome.”  Isn’t he an example of overcoming?
My list is long because Durham’s history is rich – much to rich to limit our street names to the honoring of other cities.  How many Chapel Hills do we need?  We have Chapel Hill Blvd., Chapel Hill St. and Chapel Hill Rd. One is left feeling that Durham wants to be Chapel Hill.
So, I’m pushing for a group to consider this matter.  There are ways to get it done.  We could make it part of a high school project.  Pick a group of students to come up with a list.  Use the naming of streets to educate young people about Durham.  Wouldn’t that be exciting?
Come to think about it, that sounds like a winner.
I’ll let you know what members of the council have to say.
Sorry, I have to go.  I have to rush to get to an appointment on Saint Pauli Murray Street.
Join the Rev-elution at the City Council work session on Thursday, August 9 at 1:00 pm. The meeting is at City Plaza in the council conference room on the second floor.
Posted by REV-elution at 8:54 AM