Omar Beasley gets 7,500 signatures to run the race 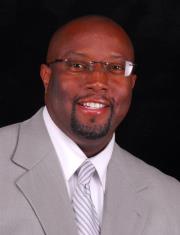 Omar Beasley has the 7,500 signatures needed to allow him to run the race.  More than 10,000 signed the petition, but some were ineligible to vote.  It’s been a grueling battle to get to this point, but Beasley, coach for the Carolina Elite Track Team, has made it to the track.
“Some people think it was easier to go this route,” Beasley told me after giving me the word that he had received enough votes to be placed on the ballot for the Board of County Commissioners.  “This has been a difficult challenge.”
Beasley was forced to run a petition drive due to the timing of his switch from being classified an Independent to Democrat.  He was unable to run as a Democrat during the primary because he didn’t change his classification in time.  It was the first of many roadblocks that exposed Beasley to the tough political culture in Durham.
“It’s a dirty game,” Beasley says.  “You have to learn how to work with people despite all of that.”
Beasley wouldn’t give specifics about Durham’s dirty political culture.  What is clear is that many didn’t want him to run.  He was asked to end his bid for the office.  The official word of him making it to the race has significant bearing on the political endorsement of the five survivors of the primary.  The People’s Alliance and the Durham Committee on the Affairs of Black People endorsed only four candidates in the primary.  Will both do the same in November?  Will either include Beasley among the four given each lost candidates in the primary?
It’s conceivable that the Durham Committee will endorse Michael Page, Brenda Howerton and  Beasley.  There’s talk among members of the Durham Committee about not endorsing Foster.  It is believed that Foster has swayed too far in support of the PA’s agenda, and the price could be replacing Foster with Beasley.
Foster was seen passing out the PA slate during the primary instead of the Durham Committee’s list of candidates.  Foster received the Durham Committee endorsement despite his stance against 751.  Many wonder about his position against 751 given how the development could create jobs for blacks living in Durham.  His position against 751 is considered to be in conflict with his role as President of Durham’s chapter of the NAACP. How does one take a position against jobs when part of the agenda of the NACCP is finding work for those who need it the most?
Foster’s strong showing in the primary was the result of endorsements from both the Durham Committee and PA.  The recent grumbling regarding Foster is reason to slow the roll on the push to place him on the board to fill the seat left by Joe Bowser after he resigned.
The People’s Alliance is certain to endorse Ellen Rechkow, Wendy Jacobs and Foster.  They may endorse a fourth person, and if that happens they are left with Beasley.  Given their attack on Page and Howerton due to the 751 project, it is unlikely that they will shift in supporting either.  Beasley makes sense as a fourth endorsement, but it comes at the risk of losing Foster if the Durham Committee fails to endorse him.
What is clear is the will of the people.  The gathering of 7,500 signatures has to be respected by those holding political endorsements in their hands.  The difference between Beasley and the other candidates is significant.  Maybe that’s what Beasley meant when he mentioned the dirt in Durham.  The scramble for those precious endorsements can be filled with compromise.  It’s a tug of war that pits the fight for jobs against our ecosystem.  The two bullies in the room keep fighting the candidates to determine which one will end up with the lunch money.
“I want to thank the 7,500 and the 2,845 who signed for giving me a chance,” Beasley says.  That’s a lot of people who signed for him to run. 10,345 people placed their name on a petition.  Some weren’t registered to vote.  Some names weren’t legible.  Others had moved and couldn’t be found in the system, but they all signed for Beasley to run.
Many people worked to get Beasley on the track.  “I want to thank everyone who worked with me to make this happen,” Beasley says.  “It would not have happened if not for them.”
There’s a significant difference between what Beasley accomplished and what others achieved to be placed on the track.  They decided to run.  The people cheered Beasley on and decided to allow him to run.  Beasley understands running.  He’s a track coach.
He’s on the track now. Run Omar run.
Posted by REV-elution at 9:21 AM