"The Help": Slavery by Another Name 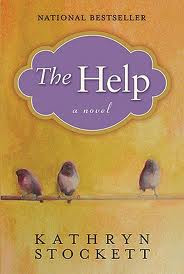 “My mama was a maid, my grandmother was a maid and my great grandmother was a slave,” is a paraphrased line from the beginning of the movie “The Help”. It’s a line among others that thrust viewers back to a time not too long ago. It reminds them of days when nannies were used to raise white folk’s children and take care of those household chores beneath white women bred in the ways of high echelon.

It’s a line that speaks to the colossal disconnect between white and black women. White women may have a hard time dealing with their mean ways from the past. Black women watch the movie fuming due to the conjuring of memories from not so long ago. “The Help” is not about how race was used as a weapon to disconnect people way back in the bad ole days. It is about the discord between black and white women in our own lifetime.

Yes, it is about the treatment of our parents and grandparents when we were old enough to remember the tension on their faces when they returned home from long days of feeding into the insecurities of white women who used words to discipline them into submission. The movie strikes a chord due to the work done by kinfolk to feed their children and send them off to the university to secure an education to end the cycle of abuse.

Yes, it stirs all of those memories, but there is a point that goes even deeper. I have listened to white folks talk about how Ms. Sally was like a member of the family. I’ve heard countless comments about how Aunt Becky meant more than mama did. The recollections from back in the day are glamorized in a way that leaves those who speak seduced by their own denial. Ms. Sally was not a member of the family. Ms. Sally and Aunt Becky, and the countless other black women who served white families, were no different than the slaves who preceded them.

Kathryn Stockett’s book “The Help” reminds me of another book written by a white woman. In 2003, Valerie Martin unveiled the drama on a sugar plantation near New Orleans during the 1830s. Her novel “Property” tells the story of Manon Gaudet, the wife of the plantation’s owner, and Sarah, the slave Manon was given as a wedding present and who she has brought with her from the city. The private furor is played out against the backdrop of civil unrest and slave rebellion.

Both authors are white women. Both deal with the tautness between white and black women. Both deal with movements to undo the injustice hindering the lives of black people. More than any of that, the two novels expose a deeper truth related to the role of nannies-they served in a way in common with slavery.

That line early in the movie reveals the way black people internalized the work they performed in 1960 America. In their minds, things had not changed. They were not members of those white families. They continued slavery under different terms. The men remained enslaved as sharecroppers and in performing other task considered beneath the white men who called them boys. Women worked in the big house for the women who used them to maintain the image of class privilege.

The movie exposes how black people remain enslaved, which lends credence to all the hostility felt by colored folks who have issue with the movie. The Oscar buzz frustrates those doing their best to break free from Mastah’s whip. The movie reminds us of how white capital can be built on the backs of black folk’s pain. The stories of black women need to be heard, but why can’t they be the recipient of the cash made after the story is told.

Both books are about the assumptions of class privilege. Beyond the telling of the stories that appear in theaters is the story of how the story gets financed. It’s about who decides what gets told, and how often stories aren’t told due to the lack of power among those who have a story to tell. You can call it what you want, but that, at the core, is another form of slavery.

Slavery is any institution that allows a group to advance on the backs of those who lack power. Slavery is about a lack of power and privilege. We see it when people are forced to take certain jobs due to a lack of power. It happens whenever a set population is found begging for the crumbs at the table of opportunity.

Stockett told the stories of black women and sold 5 million copies of her book. It wasn’t her story; it was their story to tell. Sounds like slavery to me.

“My mama was a maid, my grandmother was a maid and my great grandmother was a slave,” Hollywood is a slave master. The crack of the whip can be heard if you listen. I don’t blame Stockett. I blame a system that fails to acknowledge the voices of those who have a story to tell.

In 2011, white folks continue to make money on the backs of black folk’s pain. You can call that capitalism or opportunity in the making. When those on the plantation can’t break free of the system that keeps them enslaved, that is slavery.

It’s time for an uprising!