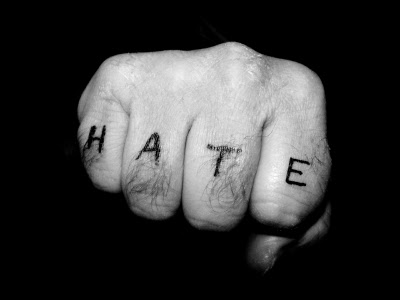 Image courtesy of creativeclass.com
This is why we should pray together.


All of us should pause from what we’re doing, find a person from a different culture, faith community or race, and beg God to heal our nation. My atheist friends are welcome to bow in silence while honoring the presence of the people holding hands.


Me, you, everyone in your church, mosque, synagogue, temple or humanist meeting group – pause and scream -I’m tired of this shit!


There you go. I said it. I’m tired of the meaningless deaths stirred by hate.


I’m past asking why it all happens.  I’m done with scrutinizing the lives of these murdering bastards.  I’m sick of attempting to bring a level of intellect to stupid bullshit.


I have no better way to express the angst I’m carrying after Craig Stephen Hicks, 46, shot and killed three people near the campus of the University of North Carolina in Chapel Hill. Police said all three victims were killed over a dispute involving parking tickets.


The killing of husband and wife Deah Barakat, 23, and Yusor Mohammad, 21, and Mohammad’s sister Razan Mohammad Abu-Salh generated national outrage after reports surfaced that all three were Muslim.


The religion of the victims was placed in the lede, while the alleged motive for the shooting was found deep into the story.  In the journalism business we call this burying the lede. The lede is the up top information that captures the essence of the story.


We could wag fingers at the press for stressing the religion on the victims on the same day that American hostage Kayla Mueller, 26, was confirmed dead after being abducted by members of ISIS. Were members of the press using the murders to prove the point President Barack Obama made during the National Prayer Breakfast?


“In our home country, slavery and Jim Crow all too often was justified in the name of Christ,” the president said during the breakfast. It is true that the Bible has been used in America and around the world to justify revolting actions throughout history.


The appropriate response is for the people, all of us, to say amen.


No one can deny the massive hate circulating under the guise of God’s will.  Hate can be found in a variety of places, and religion is often used to support the acts of those hell bent on proving a point, even if it means killing innocent people along the way.


We can only assume.


Does it even matter?


That, in a big nasty nutshell, is the crux at what has me using bad words versus the others that come with having a quality education.  Those dirty words get at the essence of what has me fuming and ready to explode whenever I pick up a newspaper, turn on the television or check my newsfeed on Facebook.


I can’t help but ask - have Americans become impervious to death?  Are we to assume the right to hate alongside the other privileges that come with living in the U. S. of A?


Sadly, I can’t cuss my way out of my rage.  Mixing street jargon with a few big words fails to convey the indignation I carry after more people are killed for reasons none of us understands.


I would like to say prayer is enough, but I’ve been praying for a long time.  I know God is listening, but are we listening to God’s response?


Can you hear her speaking?


It all seems so simple – stop, listen to one another, pray together and move beyond the assumptions each of us make.


I’m praying that we take the hate out of our religions.  Until then, I’m tired of this shit.


Help me stop using those bad words.
Posted by REV-elution at 4:40 PM