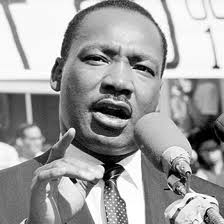 I didn’t know where to begin.


The silence denoted something deeper than what my emotions had to say. I stood and paused long enough for the words to catch up with my feelings.


Ninety people gathered to discuss Selma, the movie that tells the behind the scene story of the protest against voter repression in Alabama. The people in the room watched the movie before gathering at the Unitarian Universalist Congregation of Columbia (UUCC) to share their thoughts.


“It felt like the same story being played over again,” I said to begin the discussion.  “I left drained because the same thing keeps happening, over and over again.”


Rev. Molly Houch Gordon, minister at UUCC discussed learning to listen.  She admitted not having answers.  She talked about the need to show up.  She hoped that would be enough.


“There’s so much pain that I carry with me every day,” Mary Denson, 21, president of UUCC, said. “There are so many issues and I don’t know where to start.”


Denson wasn’t alone. Many in the crowd felt overwhelmed by the burden of fighting a war to end the systems that separate us from one another.


We all want to embrace hope in better days.  It doesn’t have to end this way. Right?


Rev. Cassandra Gould, pastor of Quinn Chapel AME Church in Jefferson City, talked about the connections between then and now.  Born in Alabama, Gould told the story of her mother going to jail after protesting the laws that kept her and others from voting. Gould’s mother was there on that horrific Sunday when police beat protestors on their way to Montgomery.


Then she talked about the tear gas mask she wore in Ferguson, MO.


“Watching the mask they wore in the movie connected me to the mask I wore,” she said.  “I had to grip the hands of those next to me to fight back the tears.”


It’s a reminder of how close we are to the story of Selma.  Many of us remember the images on our black & White televisions.  The brutal attacks of protestors shifted the consciousness of those far removed from the system that denied people the ability to vote.


What about the color images from Ferguson? Why aren’t people outraged by the men, women and children tear gassed in Ferguson? Has time robbed us of our sensitivity, or can we assume the people in Ferguson deserved to be treated that way?


Can we presuppose that every person in the crowd should be punished for looting? Was it deserved punishment for disobeying the law, and, if so, can the same argument be applied to those who protested in Selma on that bridge?


Has time crippled our compassion toward people begging to be heard?  Have Americans forgotten how corrupt ways can easily consume those employed to protect the rights of all Americans?


Could it be that we trick ourselves into thinking Selma happened a long time ago?  If so, we forget that so much of what happened then continues to strangulate so many today.


People are still working to suppress the vote of black people.  In Missouri, state legislators are pressing to place a Voter ID law on the ballot for the 2016 election.  If approved by voters, the law will be the most obstructive law regarding voting rights in the nation.


The Republican controlled House Elections Committee proposed HB30 and HJR1 within days of the Dr. Martin Luther King, Jr. holiday,on  the 150th anniversary of the end of slavery in Missouri and while people are watching Selma.


Don’t they understand how insulting it is to press to limit voting rights while people are hurting throughout the state after the death of Michael Brown?


Do they assume it doesn’t matter?


Or, are they too coldhearted to understand?


I didn’t know where to start.


It’s too close to process through the pain.


Help me breathe
Posted by REV-elution at 2:37 PM