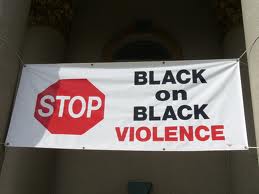 It’s a connection that should not be made.  It’s insensitive. It’s rooted in an unfair assumption.  It’s grounded in the type of hyperbole that led to the acquittal of George Zimmerman.


Across the nation, people are connecting the ghastly rise of black on black homicide with the death of Trayvon Martin.  The common assertion is to reflect on our need, as a black community, to place emphasis on what is happening locally rather becoming overly consumed with one case.


This form of bombast plays into the conclusion of those who agree with the ruling to acquit Zimmerman.  By combining the death of Trayvon with the deaths of other black men, we give credence to Zimmerman’s actions that night.


In other words, Zimmerman was right to fear for his life.  In other words, it is proper to assert that most black boys are thugs and crooks in search of a place to rob.  Yes, in other words, why are you poking holes at Zimmerman when it is common for black men to commit crimes?


The two do not belong in the same conversation.  Doing so disgraces the life of Trayvon and feeds into the negative stereotypes prevalent within mainline culture.  It establishes a place to continue the bashing of black men based on the evidence of delinquency among the rest.


What happened to Trayvon is not about what happens among other black youth.  To make his death about black on black crime is insulting to parents begging us to see Trayvon’s humanity beyond the actions of other black men.  He should not be used to promote a larger agenda, but should be viewed within the context of the facts and emotions that come with his own death.


Trayvon wasn’t killed by a gang of black youth.  It’s imperative that we separate him from conversations related to fixing those woes.  It’s not the same discussion.


That’s not to imply that we can’t have that conversation.  Both can be had in a way that doesn’t compromise the merit of the other.  Trayvon was killed for being caught in the crossfire of dysfunction among black men.  He was assumed guilty due to being viewed as an offender.  We continue that trend whenever we offer insight to his death that uses him as an example of black on black crime versus being killed due to massive assumptions.


Communities across the country need to call summits on the stake of black males.  These conversations should be led by and informed from the insight of black men.  Black men need to be heard, and communities should respond in ways that celebrate their perception and journey.


These conversations should force integrity around the humanity of those who speak.  Black men should join forces and demand the end of grouping stories in ways that paint all of us as the same.  Black men are a collective of stories that deserve being heard within their individualized contexts versus adding to proof of the maddening ways of all black men.


Trayvon’s death is not about black on black crime.  It is not about the deaths in our local communities.  His death should not be used to reflect on those deaths.


What is the message of Trayvon’s death?


He died at 17.  He was minding his business.  He was walking with Skittles and tea in hand.


Don’t feed into the stereotypes that aid in the forfeiting of those facts.  We play the same game whenever we shift the emphasis away from those facts.


Yes, black youth die every day. Yes, black boys are killing one another.


All of that is true, but it has nothing to do with the death of innocent children.


That’s what the jury assumed. Don't do the same.
Posted by REV-elution at 2:12 PM