Where is the money to tell Huey P. Newton's story: 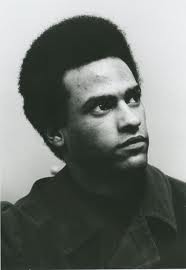 “I’m disappointed in the lack of response coming from members of the black academy,” Dante James told me after sharing the difficulties he’s faced in raising money to make a documentary on the life of Huey P. Newton. “Given the subject and the work they do, you would think they would contribute to the project.” (go to: http://rev-elution.blogspot.com/2012/07/dante-james-chosen-to-produce-and.html)
Only 51 people have made contributions at the Kickstarter account set up to raise $40,000 to fund the documentary.  Less than $4,000 has come in to help tell the story of the man who helped start the Black Panther Party.
“All we need is for 4000 people to contribute $10 or 2000 people to give $20,” James says with the conviction of a man who remembers the power of grassroots movements.
James is left pondering where are the people who talk about black power and telling the stories not mentioned in history books.  Where are the masses of people touched by the plan of the Black Panthers before police resistance and talk of revolution distracted from the good work that started in Oakland, Ca and spread like wildfire across the nation?
Where are the historians and professors of African American and African studies programs?  Why haven’t checks been written by those who make a living teaching about inner city agony and injustice in the streets?  James is burdened that those who know the truth about Newton have failed to support his effort to tell the rest of the story.
Where are the young people who wear t-shirts about black pride?  Where are the followers of Malcolm X and Ernesto “Che” Guevara?  Where are the disturbed voices of the Occupy Movement?  Certainly they have a few dollars to tell the rest of the story? Where are the brothers of Phi Beta Sigma, the fraternity Newton joined?
Where are the black men who complain about continued hostility coming from the police?  Why haven’t those who have endured incarceration written a check?  Why haven’t those robbed of freedom by the manipulation of power taken the time to give just enough to make a difference? Isn’t this their story?
They may say no, but how soon we forget.  How many of us have been stopped for driving in the wrong neighborhood?   How many black men have been labeled too dumb to think and placed in remedial classes before they had a chance?  Shouldn’t we celebrate Huey P. Newton for moving beyond illiteracy to obtaining a Ph.D?  Isn’t that the story of the American Dream?
Maybe our dollars are attached to ignorance.  Some may call Newton too radical to support.  His story, in the minds of some, shouldn’t be told.  Our lack of contribution says more than the rhetoric we preach in classrooms and in pulpits across America.  It repudiates the legitimacy of the voices on the other side of privilege.  We lock up those memories by keeping our money flowing in those places that endorse the good side of America’s journey toward the dream.
Some may say we don’t need to tell Newton’s story.  To that I respond with a shout.  Remember Jena 6.  Remember Troy Davis.  Remember Trayvon Martin and the countless other black boys and men denied their rights to life, liberty and the pursuit of happiness.
We need to tell the story of black men’s pain.  We need to hear Eldridge Cleavers’ message from Soul on Ice.  People need to know about Frantz Fanon.  Make them read The Wretched of the Earth and Black Skin, White Mask.  Why is it that the world refuses to listen to what black men think?
Are they afraid of where we’ve been, or is it fear of what we may become?  It’s all part of the history.  It has to be told.  It is part of the story of America’s battle to become the melting pot we claim to be.
Dante James already has an Emmy Award.  This documentary is certain to give him attention for another once it’s completed.
That is if those who say they care will contribute to the work.  If not, not only will the revolution not be televised; there will be no place to discuss the reason for the revolution.
----------
To contribute to the Huey P. Newton, Jr. documentary, contact Dante James at (919)475-9879 or djames2015@nc.rr.com.
Go to Kickstarter at: http://www.kickstarter.com/projects/1649581507/the-story-of-huey-p-newton-and-the-black-panther-p
Posted by REV-elution at 4:01 PM