What does this teach us about America? 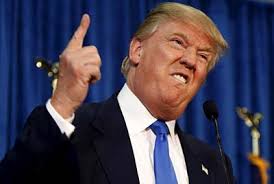 Finally, the election has ended. The outcome startled many political pundits while fueling a chorus of “I told you so” from Trump supporters. Claims regarding a media conspiracy can be heard echoing in homes where Trump is the hope among those sick of Obama.
Many are left pondering what happened. How did America do this? What are they thinking?

The obvious conclusion is America is more divided than those experts speculated. There’s enough rage among voters to circumvent the work of the Obama Administration. Trump supporters will tell you they voted for Trump, but the truth is many cast votes against Obama. This election is a radical nullification of the ambitions set forth by Obama when he took office in 2008.
This election is about returning to post-Obama America.

This is not post-racial America

“We are now in a 21st-century post-partisan, post-racial society,” said Low Dobbs during his radio show in 2009. In was a thought many Americas held after the election of a black President. It was a landmark moment that signaled the end of systemic racism.”

"Chattel slavery and the legacies it left behind continue to shape American society,” wrote Anna Holmes in her New York Times column ‘America’s Post-racial Fantasy’. “Sometimes it seems as if the desire for a ‘post-racial’ America is an attempt by white people to liberate themselves from the burden of having to deal with that legacy.”

Could it be that this election ends discussions about post-racial America? If so, will there ever be an opportunity to revisit the possibility?

The need for theological reconstruction

This election forced critique involving the meaning of evangelical. More than before, theological suppositions were placed in the national spotlight in a way that undermined the purpose of the Church.

As conservative Christian rallied behind Trump, progressive Christian redefined the meaning of evangelical to foster dialogue involving the social justice agenda of the Church. The divergent views of the Church appeared on the stages of both national conventions.

The aftermath of this election leaves a pile of residue regarding a variety of theological presuppositions. Moving forward, how will churches define their relationships with members of the LGBTQIA community? What statements will be made involving positions on female leadership? What about interfaith dialogue as it relates to mounting Islamophobia? What theological language will be given to address what it means to be a welcoming community within the context of deportation? What about theological reflection that addresses the debilitating impact of poverty stirred by unpaid medical bills? How will churches address ongoing schisms resulting from implicit bias? How about women’s reproductive rights and other public policy issues that have significant theological implications?

The election of Trump leaves America with a perplexing dilemma – how will we contend with the allegations involving sexual assault? What is the message sent by voters related to misogyny and rape culture?

It can be assumed that voters dismissed the claims of the women who accused Trump of assault. If so, moving forward, what language can be used to protect women from assault while not dismissing the merit of the complaints they make? Are we to assume America is a nation that refuses to honor the voices of women who boldly demand justice?

How do we validate and protect women from the approaches of powerful men after electing Trump? Are we to assume the emergence of new approaches related to sexual assault? If so, look for the characters on television to resemble an episode of “Leave it to Beaver”.

The death of the watchdog

On numerous occasions, Trump condemned the press for what he viewed as intrusion. In doing so, Trump has articulated the desire to alter the freedom of speech protected by the First Amendment to the United States Constitution. Trumps delicate relationship with the press could significantly undermine the Amendment that prohibits government from enacting laws that abridge the freedom of speech.

What are American voters telling us about their views related to the press? In elevating Trump to the presidency, are we experiencing a splintering of trust between citizens and the press that could significantly alter the role of the press as the watchdog of government?

What does it all mean?

For some, last night was about making America great again. For others, it is the return to the rhetoric of the pre-Obama presidency. This election was a brawl for the soul of America’s conscious. Put another way, this election was about defining what it means to be America. Will we continue the quest for inclusion reflected in an ongoing quest to tackle a broad agenda? Or, will America be defined by an agenda built on the concerns of white, heterosexual, Christian and mostly male Americans?

On last night, diversity and inclusion lost, and America began a quest to be defined by those who controlled public policy before the Obama years.


Welcome back to business as usual.
Posted by REV-elution at 11:16 AM