NFL position on domestic violence is guilty beyond reasonable doubt 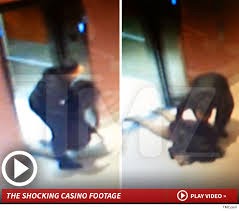 Stephen A Smith, commentator on ESPN’s First Take, launched a huge controversy when he asserted women should learn “the elements of provocation” to prevent men from responding with violence.


Those words, “elements of provocation”, sparked massive resistance from women who have endured men putting hands on them in inappropriate ways.  It was one of those, “no he didn’t say that” moments that had women from coast to coast standing tall with one hand on a hip and the other wagging a finger to denote rage.


Men like me took a few deep gulps in solidarity.  As much as we appreciated the effort, we knew better than to blame sisters for provoking domestic violence.  You can’t say that.  It’s out of bonds, and Smith made good by starting today’s show with a heartfelt apology.


I get the mistake. I certainly get the apology.  Stuff had to be checked, and Smith was taken to the woodshed for his lapse in judgment.  He fessed up. All is cool. Right?


Lost in the hoopla related to Smith’s faux pas is what brought us together to yell at Smith.  Stephen A., Cari Champion and Rick Bayless were discussing the NFL’s treatment of Ray Rice.  NFL Commissioner Roger Goodell suspended Rice two games for knocking his fiancé unconscious.  Rice, a running back for the Baltimore Ravens, was caught on a hotel surveillance camera dragging Janay Palmer out of an elevator after punching her in the face.


We expected swift and severe punishment.  Considering Goodell’s punishment for helmet –to-helmet contact is normally one game, and the average suspension for violating the league substance abuse policy is 4 games, it was feasible to expect stiff punishment for knocking your girlfriend out in an elevator and dragging her like a piece of meat.


Are we to assume a league policy that regards violence on the football field worse than cruelty toward a woman?  Are we being told that smoking marijuana is worse than knocking a woman unconscious? Is the NFL taking domestic lightly, and if so, what is the proper response to the NFL’s leniency?


"Listen, I think if you are any player and you think that based on this decision that it's OK to go out and commit that kind of conduct, I think that is something that I would suggest to you that no player is going to go out and do that," Birch said Monday morning on ESPN Radio's "Mike and Mike,". "So in terms of sending a message about what the league stands for, we've done that. We can talk about the degree of discipline; we can talk about whether or not third parties need to be involved. I would suggest to you that a third party has been involved in this matter and that was the court that reviewed it, the prosecutor that reviewed it.


"But if it is a question about what the principle of the league is and what standards we stand by, that cannot be questioned. I think it is absolutely clear to all involved that the NFL does not condone domestic violence in any way and will not tolerate it in our league. I don't know how you can reach a conclusion other than that although I certainly respect the opinion."


Someone needs to boo Birch off the stage for that lame explanation regarding the NFL’s suspension.  Birch claims the NFL doesn’t condone domestic violence, but all evidence suggests the opposite.


Pro Bowl defensive end Greg Hardy, who plays for the Carolina Panthers, was recently convicted on two domestic violence charges for assaulting a female and communicating threats.  He was sentenced to a 60-day suspended jail sentence and 18 months’ probation for attacking his ex-girlfriend.


Hardy has appealed the decision, and the matter will not be resolved until the end of the coming season.  The NFL has decided not to make a ruling related to suspension until the case is finalized, and the Carolina Panthers have decided to wait on the league to decide on suspension before extending punishment.


The lame decision by the league and the Carolina Panthers allows Hardy to claim all of his $13.1 million salary this coming season.


Birch’s argument that the NFL takes domestic violence seriously is muted by the absence of a decision to suspend Hardy.  All bets are off.  The NFL is serious about helmet-to-helmet contact and smoking marijuana.  Goodell is quick to strike the whip whenever the game is compromised by one of his players.  He enforces his version of the law with reckless disregard. Goodell takes no prisoners.


The rules change when it comes to domestic violence.  Goodell and his staff depend on the courts to decide prior to pronouncing punishment.  The long wait leaves fans of the game wondering if they care about violence against woman.


So, yes, we needed to place a sock down Stephan A Smith’s throat for his upsetting statement regarding provocation.  We shouldn’t let him off the hook, but, while we have him caught in the web of his own creation, let’s not forget what brought us here.


We gather here today because of Ray Rice. Exhibit B is Greg Hardy.


The defendant is the NFL, and the league is guilty of not giving a damn about domestic violence.


I rest my case. Guilty beyond reasonable doubt.