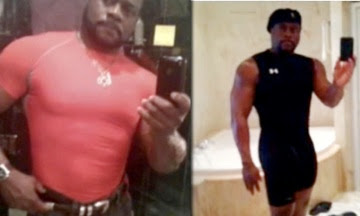 We should be careful before we throw stones at Bishop Eddie Long. The reputation of the prominent Atlanta minister has been tarnished by the claims of three men that Long, the overseer of Atlanta’s New Birth Missionary Baptist Church, used money and power to coerce them into having sex. The story is not the first time Long has been connected to scandal, but it is the first time the news has captured the attention of the national press.
An investigation by Atlanta Journal-Constitution reporter John Blake uncovered serious questions about the compensation Long collected from the nonprofit, tax-exempt charity he created in 1995 to help the needy and spread the good news. Between 1997 and 2000, Bishop Eddie Long Ministries, Inc. provided its founder with at least $3.07 million in salary, benefits and use of property. In those same four years, the charity only made $3.1 million in other donations. It was impossible to tell to whom those donations went as the records aren’t itemized-a violation of IRS rules.

On the surface, this appears as a tragic epic of a powerful man gone wild due to the trappings of his defects. The press clippings are reminiscent of other clerics unable to tame the demons lurking deep within. The hall of shame is enough to kindle questions related to the motivations of those who decide to give themselves to the call they profess. From Jim Baker to Jimmy Swaggart and all the way back to Dr. Martin Luther King, Jr., people are left with a sour taste in their souls due to the misconduct of those who verbalize a faith they are unable to reflect in their actions.

As saddening as all of that may be, this is more than a story about a minister who may have been on the down low with boys in his own church. The noise in the crowd is to tag Long a hypocrite if these allegations are true. And, why not? His anti gay message has harmed many of the gay and lesbians in need of a place to worship void of the negative rhetoric that challenges them to change their evil ways as they find their way to Jesus. The real critique of Long transcends a conversation about what happens when the lights go out. We should pause to reflect on both the theology and ethics that make Long’s bent on ministry in grave discord with the elementary claims of the Christian faith.

Eddie Long, T.D. Jakes and Creflo “Give Me Some” Dollars have become the forerunners in shifting the way African American ministers process the design of faith movements. The departure away from the Church as a community of social reconstruction emerged with the awakening that money can be made in that sacred space. The prophets have been transformed into kings and people are more than willing to bow before their leaders and lavish them with impious riches.

These are multi millionaires who hide behind the words of faith to assemble their businesses. Their marketing strategy is to manipulate people into embracing the notion that God desires them to walk with fame and fortune as a way of modeling what could be in the lives of those who sign on the dotted line by dropping money into the collection plate.

This is a story about how Long uses the money dropped in that collection plate. The public wants to know if he had sex with those young men. We want the gruesome details to unlock the closet of Long’s sex life to bring more fuel to the flame that proves the evils of those in the pulpit. Others will claim Long is only human, and we should be careful not to judge him for what each of us is capable of doing.

So true my friends. Ministers are only human, but who placed Long on the pedestal he stands? Who gave him the power to purchase not one, not two, but four Bentley’s. Who gave him the right to stand before his people and rant about his God given right to be a symbol of success for all to praise? Long created a world that imprisoned him into fulfilling the hollowness of his own claims. He made himself into a king, and the people in return worship him for giving them someone human to praise.

25,000 members believe the charade of his prosperity message. It’s a theology that strips the Christ of humility and replaces the crucified Christ with David on the throne. It takes the message of servant hood and trades it in for a system that opens the door to more money in the bank. It seduces people into giving more and more, while their spirits remain bankrupt due to the superficial theological claims erupting from the pulpit.

Yes, these are serious allegations. If true, and we should give this time to play out, Long used his money and power in a way that tarnished the spirit of these three men. If not true, some things are still true. Long, and those who desire to be like him, should be challenged for using God and the work of the kingdom to lace their pockets with mo money.

Some call them pimps in the pulpit. If they’re pimps it’s time for the ho’s to be set free. So, for those who have participated in a work of faith void of theological substance, run away my child. Find a place where people aren’t being tricked and seduced into pouring buckets of money into the lap of the king. Last time I checked the king was killed and rose on the third day.
He didn’t come back looking for a Bentley.

He came looking for men and women carrying crosses on their backs.