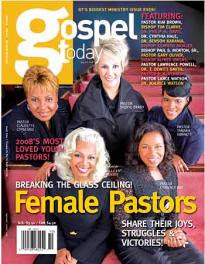 I’m confused by the hypocrisy of some people. I can take people disregarding and disrespecting others because of some difference. Stupidity I can deal with. I’m used to that. What I can’t take is the inconsistency that comes with making a decision to limit a person due to gender, race or sexual orientation.

An example comes from the good ole boys club called the Southern Baptist Convention. These Christians love to hate. Last year it was Mickey Mouse for Disney’s policy to provide benefits to gay and lesbian couples. A few churches got kicked out of the convention for being too loving. Give me a break.

The most recent attack, one mo time, is against women in ministry. It’s an old battle that is one among many issues that led to a split within the convention. Those Southern Baptist Christians get a thrill out of getting their women to submit to their husbands and remaining in their rightful place. Wash them dishes woman and get my food on that table.

The Southern Baptist Convention is the owner of LifeWay Christian stores. The convention decided to pull copies of Gospel Today, a Christian magazine based out of Atlanta, due to its cover story featuring five female pastors. God forbid! How dare that magazine promote the role of women as leaders! How dare they push for the equality of women given the Bibles clear position against women taking a leadership role!

I could engage in a long conversation into how those who take that position don’t know how to read. Please give me a break. Those Southern Baptist are so enamored with maintaining a culture that affirms those with male genitalia that they reject the truth glaring them in the face. I just wish people would learn to read rather than hate.

Local folks are livid because one of our local gems is on that cover. Sheryl Brady, the 48-year-old pastor of the River Church, was featured in that story. It irked me that the focus of the decision is rooted in the gender of the folks on the cover versus the theological basis behind their ministry. I have issues with the women on the cover, but it’s not because of gender. It’s their theology and lack of training that gets under my skin. But that’s a discussion for another day.

Let’s talk about that hypocrisy. Those same Christians, who have the guts to pull a magazine because it promotes the leadership of women, are positioned to vote for a woman to take second seat in leading our nation. Help me understand why that doesn’t sound like someone is hooked on stupid.

Are they saying a woman can lead the nation but not a congregation of 800 people? If a woman is prohibited, by gender, from leading a church, why would they grant a sister a right to lead the nation? If you plan on taking a sexist position please be consistent with your sexism. It’s getting complicated for those who are trying to keep up with your narrow mindedness.

I’m prepared to accept that those Southern Baptist Christians refuse to accept that God loves all people in the same way, and that men don’t get special privileges because they have a penis. No problem. That helps me in deciding where to go to worship. I’d rather not fellowship with people tainted by stupidity and hatred.

I will give them space to hate on their own, but please people, if you are going to disregard women, be consistent. That’s all I’m asking. Just stay on the same page so we can adjust to your foolishness.